Throwing the dignity of a constitutional post out of the window, Rajasthan Governor Kalyan Singh has said that he wanted to see Narendra Modi return as the country’s prime minister. 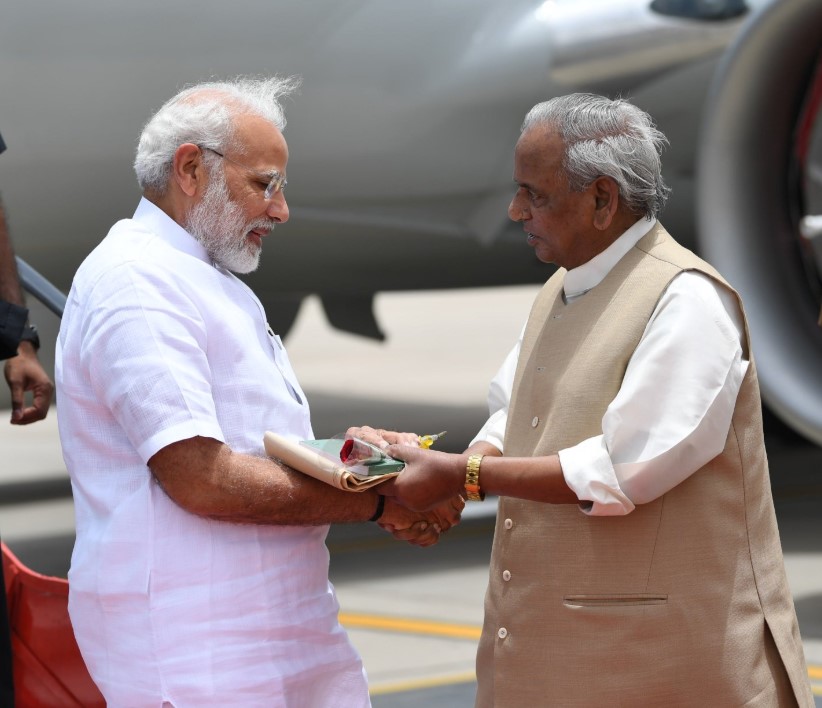 Singh, who was the chief minister of Uttar Pradesh during the demolition of Babri Masjid on 6 December 1992, was made the Governor of Rajasthan after Narendra Modi became the prime minister.

Rajasthan now has a Congress-led government after the BJP was defeated in last year’s assembly polls. With his decision to openly support the BJP even while holding a constitutional post, he’s joined the list of Governors, appointed by Modi, who have earned notoriety for causing disrepute to a constitutional post.

Earlier, Tathagata Roy, the Meghalaya Governor, had to face condemnation on multiple occasions for calling for the genocide of Rohingya Muslims and boycott of Kashmiris.

Madhya Pradesh Governor Anandiben Patel was caught telling a group of villagers to ‘take care of Modi saheb.’ Last year, she had faced flak from the Congress after she was caught giving tips to win elections for the BJP to Satna mayor Mamta Pandey.

Patel was the chief minister of Gujarat before Modi appointed her as the Governor of Madhya Pradesh and Chhattisgarh.