Congress President Rahul Gandhi has revealed that he had consulted former RBI Governor Raghuram Rajan before arriving at the sum of Rs 72,000 per family under the Minimum Income Gurantee Scheme, also known as NYAY. Speaking to his grass root party workers in Jaipur, Gandhi said that he had been seeking feedback from several top economists on the topic for the last ‘six-seven’ months. 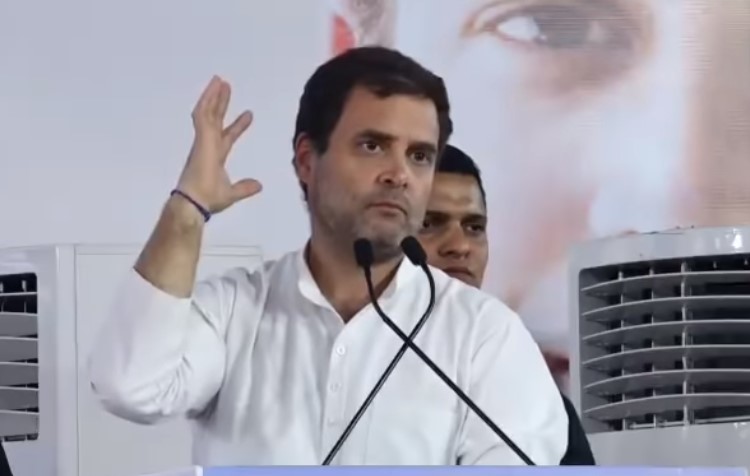 He said, “Narendra Modi promised to transfer Rs 15 lakh to everyone’s bank account. The Congress party decided to make that happen. We consulted several top economists to understand how we can make this happen. We did this without speaking to anyone in public.

“You take the list of the top most economists in the world. We spoke to all. Raghuram Rajan and one by one we spoke to all. They all said that they liked our idea.”

Gandhi said that economists such as Rajan that he spoke to said that the Congress needed to draw a line to decide on a minimum monthly income. “We calculated everything and agreed on a number. That number was Rs 12,000 every month.”

Speaking on the Congress president’s announcement to help 20 percent poor Indian families with Rs 72,000 of guaranteed annual income scheme, Rajan had praised the initiative. “What matters is the details. Is it going to be an add-on or substitute a bunch of things? How do we get to the poor? We have seen over time that giving money directly to the people is often a way of empowering them. They can use that money for the services they need. What we need to understand is what are the things or schemes (subsidies) that will be substituted in the process,” he told NDTV.

The BJP had slammed the announcement saying that the scheme would adversely impact the country’s fiscal health. But, Gandhi on Tuesday told his party workers to visit every village in Rajasthan to convey the message about the NYAY scheme.