Punjab Congress chief Navjot Singh Sidhu on Friday said that people in Punjab had made an excellent decision by giving a historic landslide in favour of Arvind Kejriwal’s Aam Aadmi Party. 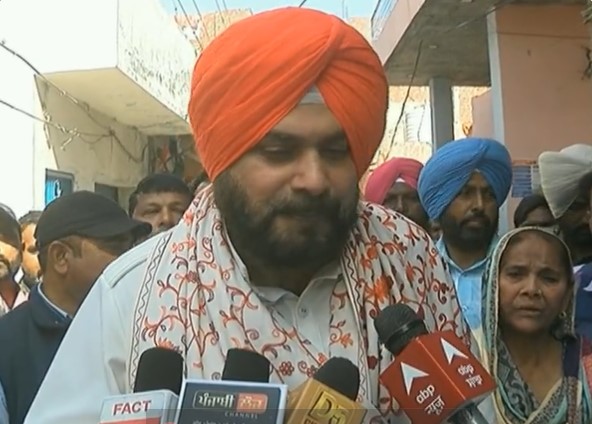 Speaking to reporters, the cricketer-turned-politician said, “Punjab’s development is my objective. I’ve never deviated and will not deviate from that objective. A true yogi is free from every bond….This is the politics of change. I congratulate the people of Punjab for taking an excellent decision to change the traditional system. They have laid a new foundation (in politics).”

When asked that he was making this statement despite being the Punjab Congress statement, Sidhu said, “I am saying this that they have voted for change and voters are never wrong. People’s voices carry the voice of God.”

Immediately after the humiliating defeat for himself and his party, Sidhu had tweeted on Thursday, “The voice of the people is the voice of God …. Humbly accept the mandate of the people of Punjab …. Congratulations to Aap!!!”

The AAP won more than 90 seats in the 117-seat Punjab assembly, while the Congress’ tally was reduced to just 18.

Sidhu said that the Congress did not take advantage of the opportunity given to the party in 2017, adding that the party had made a ‘dacoit and fraud’ the state’s chief minister. Sidhu was always at loggerheads with Capt. Amarinder Singh, who became the Congress chief minister after the party’s win in 2017, later left the party to join hands with the BJP after Sidhu was appointed as the president of the Punjab Congress. Singh lost his Patiala seat in the just-concluded polls.