Jos Buttler on Tuesday showed just why he’s regarded as one of the most dangerous limited over batsmen in the world when he powered England to an emphatic win against India in the third T20 International of the five-match series. 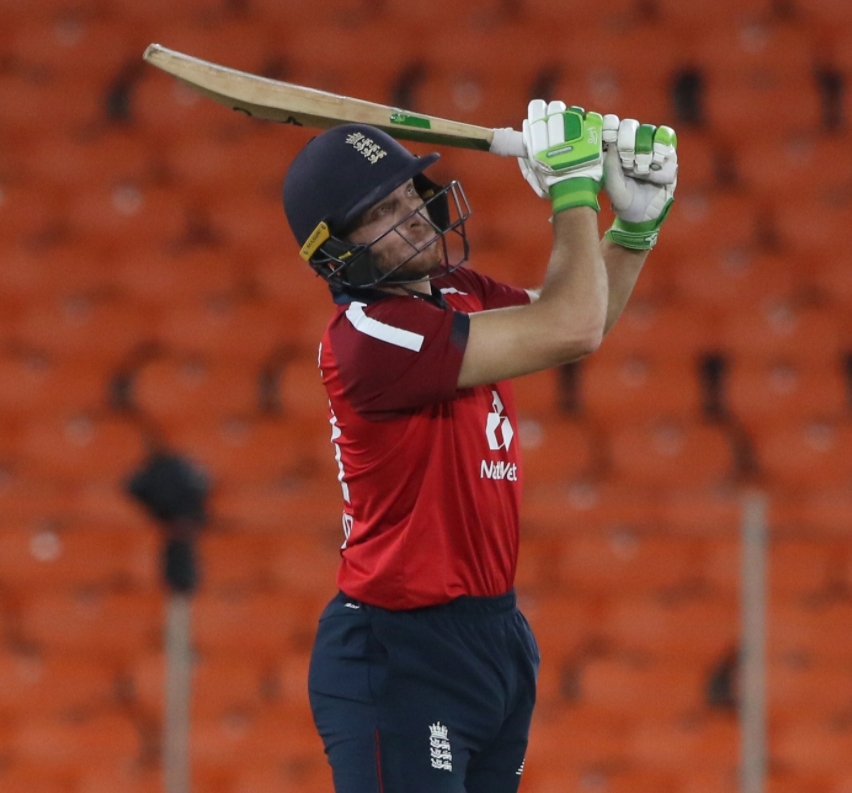 Batting first, India could only manage 156-6 in their quota of 20 overs with skipper Virat Kohli remaining unbeaten at 77 that he took 46 balls to score. His knock included eight fours and four sixes.

England’s run-chase was electric with Jos Buttler showing his class as he began to hit Indian bowlers all around Narendra Modi stadium. He took just 26 balls to score his impressive fifty as England continued to score more than eight runs an over. Buttler went on to play an unbeaten knock of 83 runs in just 52 balls as he scripted an impressive win for England. Jonny Bairstow remained unbeaten at 40 in 28 balls. England achieved the target with 10 balls to spare.

With today’s win, England are leading the series 2-1.