Former India batsman Sachin Tendulkar on Friday asked if the law called ‘hitting the stumps’ needed to be changed in light of England’s Ben Stokes enjoying a lucky escape in the fourth Ashes Test against Australia. Reacting to Tendulkar’s suggestion, former Australia bowler Shane Warne said that he had ‘never seen anything like that.’ 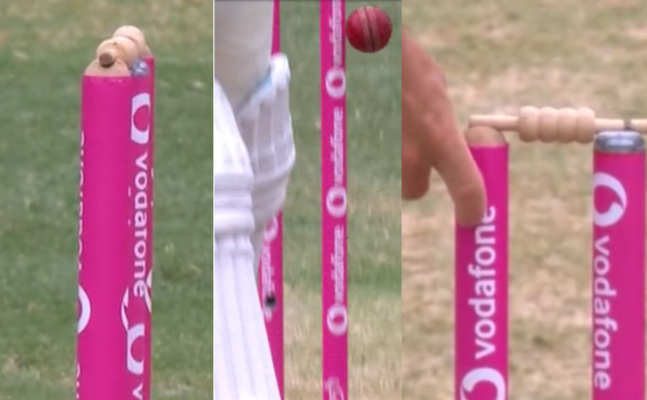 Sharing a video of Ben Stokes’ lucky escape, Tendulkar tweeted, “Should a law be introduced called ‘hitting the stumps’ after the ball has hit them but not dislodged the bails? What do you think guys? Let’s be fair to bowlers!” Tendulkar also tagged Shane Warne, who’s been commentating in the Ashes series.

Warne replied promising to take the matter to the World Cricket Committee. “Interesting point & one to debate my friend. I will take this to the world cricket committee for discussion & come back to you. Never seen anything like that today – Greene’s delivery was 142kph and hit the stump hard !!!!!”

Interesting point & one to debate my friend. I will take this to the world cricket committee for discussion & come back to you. Never seen anything like that today – Greene’s delivery was 142kph and hit the stump hard !!!!! ???????? https://t.co/GO6IeHgtsk

In the video by an Australian media outlet, fast delivery by Cameron Green missed Stokes’ bat and clipped the stumps, but the bail failed to fall off. Stokes was given LBW out but before the decision was referred to the third umpire, who overturned the field umpire’s decision and ruled in favour of the batsman. Stokes went on to score his first half-century in this Ashes series, which England have already lost 3-0.

Australia had declared their first innings at 416-8. In reply, England ended Day three at 258-7 with Jonny Bairstow scoring a fine century. He was unbeaten at 103 when the third day’s play came to an end. Stokes was out for 66.