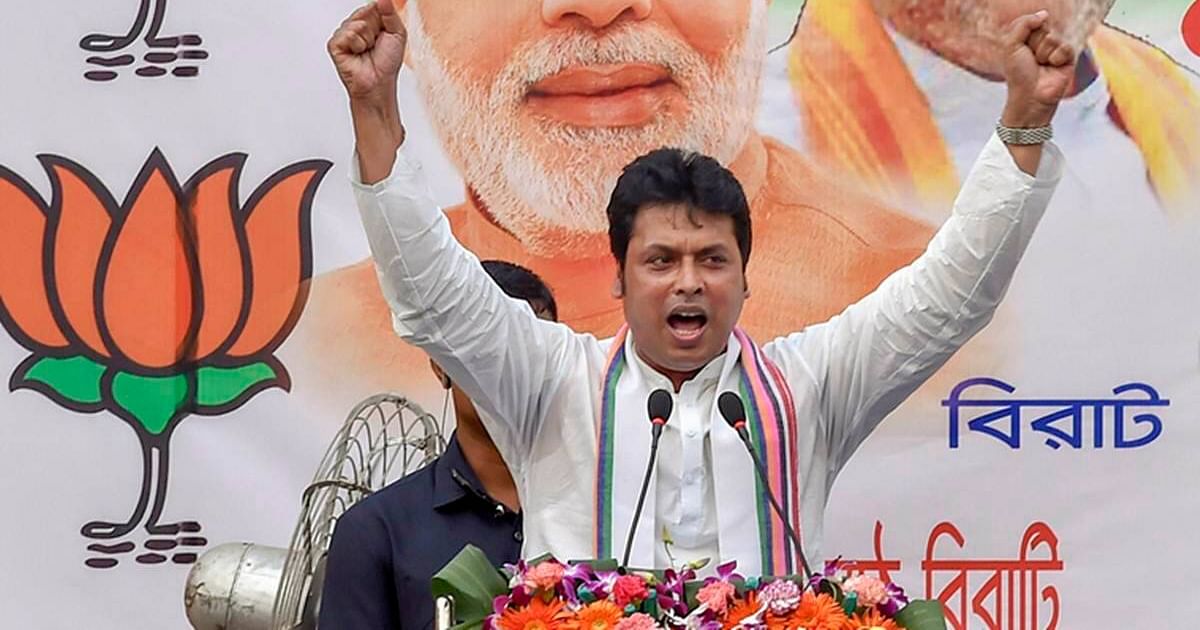 According to Kathmandu Post, a Nepali diplomat posted in New Delhi said that Ambassador Nilamber Acharya had telephoned Arindam Bagchi, joint secretary in charge of Nepal and Bhutan at India’s Ministry of External Affairs, and expressed his reservations about Deb’s statement.

Nepal Foreign Affairs Minister Pradeep Kumar Gyawali too said that his government had conveyed ‘formal objections’ to the Indian government through its ambassador to India. Political aprties in Nepal have reportedly said that Amit Shah’s purported comments were tantamount to undermining Nepal’s sovereignty.

The Indian MEA has not made any formal comments on Deb’s comments that were widely viewed as India’s plans to intervene in neighbouring countries’ political set-up.

The controversy was triggered after Deb told reporters in Agartala recalling his conversation with Shah. “We were talking in the state guest house when Ajay Jamwal (North-East Zonal Secretary of BJP) said that BJP has formed its government in several states of India, in reply Shah said, Now Sri Lanka and Nepal is left. We have to expand the party in Sri Lanka, Nepal and win there to form a government,” he was quoted as saying.

Deb had said that he had this conversation with Shah when the latter was the BJP chief was both were preparing for the 2018 assembly elections in the north-eastern state. The BJP later ended the years of Left rule by forming the first-ever government by the Hindutva party.

The Tripura’s controversial CM had added that the BJP became the world’s largest party under Shah, adding that it would soon form its governments in West Bengal, Kerala and Tamil Nadu. “Lotus will bloom across the country,” Deb said.

The CPI-M, Tripura’s main opposition party, had demanded a clarification from the BJP in the wake of Deb’s statement. CPIM leader and former MP Jitendra Chaudhury was quoted as saying, “Amit Shah, the present Home Minister, is engaged in a state conspiracy against Nepal. Shah has stated the same, and the evidence is given by a person holding the constitutional post in our state of Tripura.”