A video of a BJP leader’s daughter in Madhya Pradesh alleging harassment by her family has gone viral on social media platforms. In the viral video, 28-year-old Bharti Singh is heard accusing her family of forcing her to leave her house following sustained harassment. 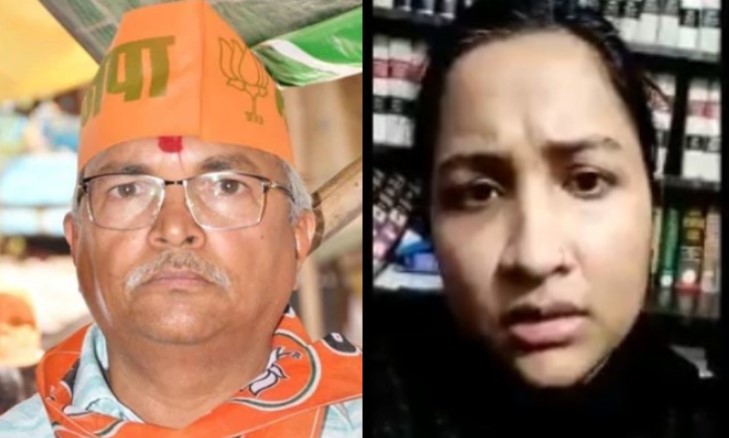 “I am Bharti Singh, daughter of Surendra Nath Singh. I’ve fled from the home of my own volition. This is not the first time I’ve left home. I’ve done so on 10-20 occasions in the past. My family is harassing me for the last 10 years. That’s why I leave my house time and again,” the BJP’s leader is heard saying.

Bharti Singh then goes on to accuse one of her cousins, Sushil, of subjecting her to routine harassment. She says, “He (Sushil) has even hit me and harassed me a lot.”

The video has become a topic of considerable social media conversations after Barti’s father, a former BJP MLA in Madhya Pradesh, filed a police complaint claiming that his daughter was mentally unstable and had gone missing. According to some media reports, the former MLA was pressurising her to marry the son of a politician.

Bharti Singh says that she is not with a ‘Christian or a Muslim man’ adding that her family forged documents to declare her ‘mentally unstable.’

Former Bharatiya Janata Party (BJP) MLA from Bhopal Surendra Nath Singh, who was accused by his daughter for being tortured by her family to force her to marry a legislator’s son, has refuted her claims saying she was suffering from depression. pic.twitter.com/HViOB1ABnu

A report by NDTV said that Bharti was working at a fitness centre and pursuing a nutritionist’s course in Pune. Seeking protection from the High Court, Bharti Singh said that she was in a relationship with a 33-year-old man from another community and both wanted to get married.