The Centre’s Narendra Modi government has reportedly decided to punish the former CBI Director Alok Verma for not accepting his transfer as Director General, Fire Services earlier this month, when he removed from his post. The prime minister-led panel had removed him from his post within hours of the Supreme Court reversing the government’s earlier decision to transfer him in a midnight ‘coup.’ 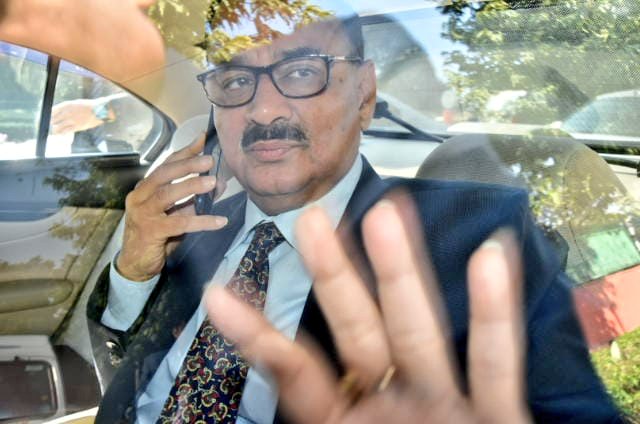 Verma had refused to accept his new posting and tendered his resignation from the service. According to home ministry sources, the government has not accepted his resignation and his post-retirement benefits will now be on hold until the inquiry against him is completed. The government is also believed to have decided to initiate a disciplinary action against him for defying the transfer order.

A report by Indian Express said that the government had directed him to join his new post immediately on Thursday. Had he turned up to work on Thursday, he would have been in new job for a day.

In his resignation letter addressed to the Secretary, Department of Personnel and Training on 11 January, Verma had expressed his grave concerns over the manner in which the Prime Minister Narendra Modi-led panel had removed him from his post.

“Institutions are one of the strongest and most visible symbols of our democracy and it is no exaggeration that the CBI is one of the most important organisations in India today. The decision made yesterday will not just be a reflection on my functioning but will become a testimony on how the CBI as an institution will be treated by any government through the CVC, who’s appointed by majority members of the ruling government. This is a moment of collective introspection, to state the least,” he had said.