A large group of migrant workers on Tuesday came out on streets in Mumbai’s Bandra demanding transportation to return to their native places. This came hours after Prime Minister Narendra Modi announced the lockdown extension of another 19 days. 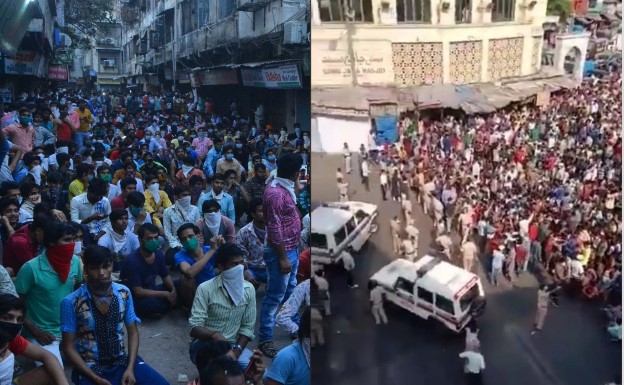 Quoting local police officials, news agency PTI reported that around 1,000 migrant workers gathered at the suburban Bandra (West) bus depot near the railway station and remained there till 3 PM. Among them were daily wage workers, who reside in rented slums in the nearby Patel Nagri neighbourhood.

They were demanding transportation to return homes in their native states such as Uttar Pradesh and West Bengal.

Home Minister Amit Shah reportedly called Maharashtra Chief Minister Uddhav Thackeray and expressed his concern over the violation of social distancing in the heart of Mumbai. These daily wage workers have been rendered jobless due to the nationwide lockdown.

PM Modi has faced criticism for not considering the plight of the migrant workers while extending the nationwide lockdown.

One labourer was quoted as saying, “Now, we don’t want food, we want to go back to our native place, we are not happy with the announcement (extending the lockdown).” Another worker, identified as Asadullah Sheikh from Malda in West Bengal, told PTI that he had already spent our savings during the first phase of the lockdown, adding that he had nothing to eat now.