The Delhi Police on Thursday arrested a man after he brandished a pistol and fired at anti-CAA protesters in Jamia area by shouting ‘ye lo aazadi (Here’s your freedom).” In the video, onlookers are heard saying that the pistol-wielding man also shouted Delhi Police Zindabad and  Hindustan Zindabad. 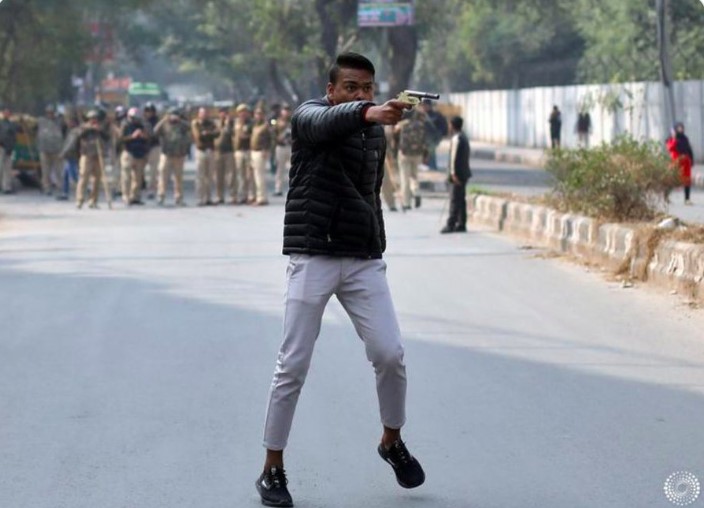 News agency ANI later reported that the man, identified as Rambhakt, was taken into custody and is being questioned. The person, who sustained injuries by his bullet has been rushed to a nearby hospital.

#UPDATE Delhi Police: Man, who brandished the gun and opened fire in Jamia area, has been taken into custody. He is being questioned. The injured, said to be a student, has been admitted to a hospital. Investigation is continuing. https://t.co/6Mh2021fyw

The place, where the incident took place, is in the close vicinity of the Jamia Millia Islamia University, where the Delhi Police had launched a brutal crackdown last month to stop the anti-CAA protests. Since then thousands of people have been staging protests at Delhi’s Shaheen Bagh, not far from where today’s incident took place, and outside the Jamia Millia Islamia University.

The man, injured by the attacker, was seen walking with his profusely bleeding hand. What was shocking was that cops remained mute spectators even as the armed man fired at anti-CAA protesters. The injured person has been identified as a Jamia student, Shadab. 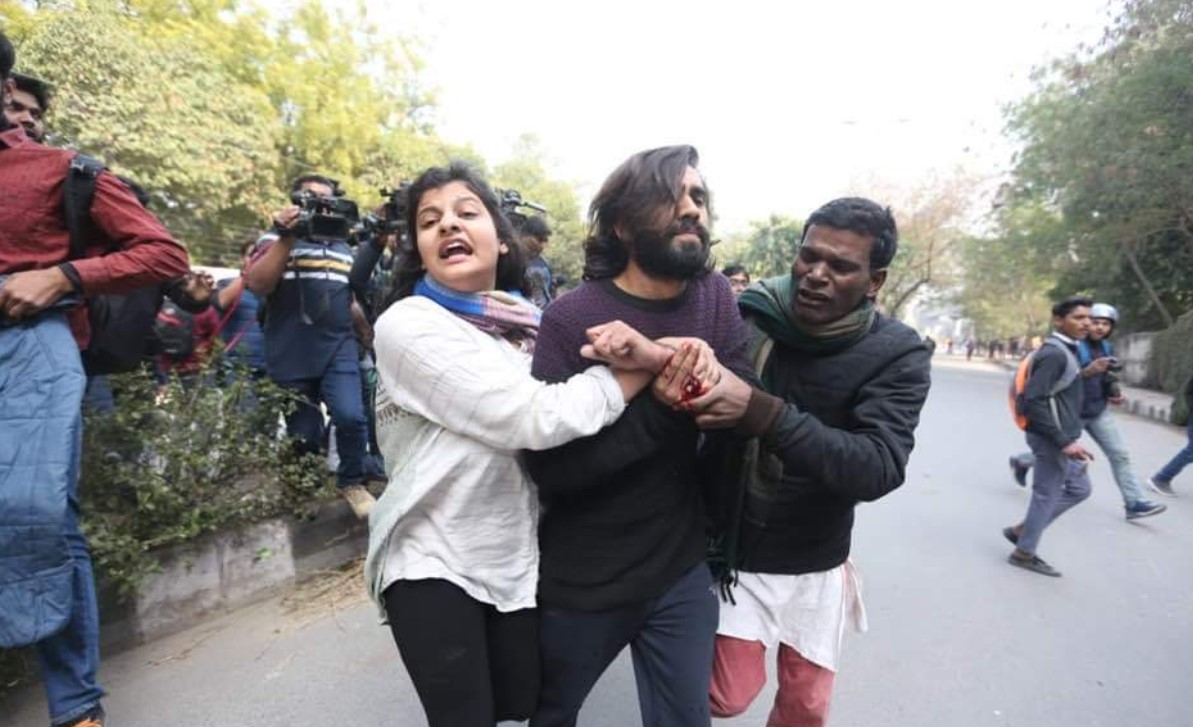 This comes just days after India’s junior finance minister, Anurag Thakur, was heard chanting slogans goli maaro saalon ko, desh ke gaddaron ko (Shoot down the traitors) during an election rally. The Election Commission first ordered his removal as a star campaigner from the BJP, but later imposed a campaign ban of 72 hours after facing condemnation for inaction.

Man shouting anti Jamia slogans shot, injured Jamia student. Is this a result of all the “gaddaron ko goli maaro” talk? Delhi Police arrested shooter. Can we trust the police who are blaming Jamia students for marching to Rajghat to remember Gandhi ji? https://t.co/2rtqXXPpK8

Firing by a Pro CAA man in Jamia. The protesters were heading peacefully to Raj Ghat.

Look how the police is standing as mere spectators, while the goon is flashing the gun towards the protesters. 2 shots fired while Shoting Pro CAA slogans. One student is injured. pic.twitter.com/yLEjmUX1n0