BJP leader Shaina NC has slammed her own party for promoting dynasty politics and only doing lip service on boosting the representation of women. 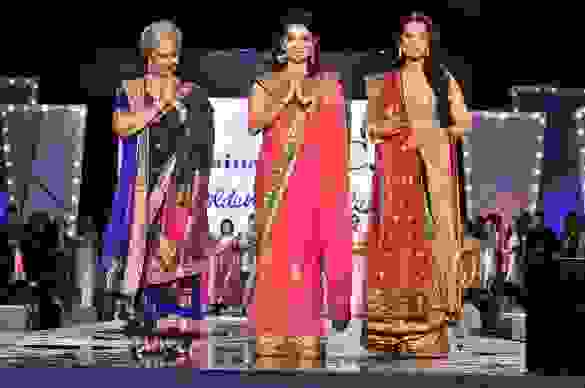 This all started with her tweet earlier this week, when she expressed her displeasure on the inadequate number of woman candidates being fielded by her party in this year’s Lok Sabha polls. Her tweet read, “All political parties need to wake up. Women are 50 percent or the electorate. Upset and appalled to know that other than @MamataOfficial who has given 41 percent and @Naveen_Odisha who has given 33 percent to women candidates all other parties only pay lip service to our cause.”

All political parties need to wake up. Women are 50 percent or the electorate. Upset and appalled to know that other than @MamataOfficial who has given 41 percent and @Naveen_Odisha who has given 33 percent to women candidates all other parties only pay lip service to our cause. pic.twitter.com/ZKVriLlvLS

Shaina, who had unsuccessfully contested assembly elections from Bandra in the past, later clarified that her outburst was not because the BJP had denied her a ticket in this year’s polls.

Shaina, who has chosen not to add the Chowkidar prefix before her name on Twitter, later told a newspaper that ‘whenever a woman’s name comes up as a candidate, there are questions about winnability, about funding, unless it is somebody’s daughter, somebody’s daughter-in-law.’

When told that the BJP had fielded seven out of 25 candidates fielded by the BJP in Maharashtra were women, Shaina told Indian Express, “Seven candidates — you think that’s enough? Of the three — Poonam Mahajan, Pritam Munde and Heena Gavit (all sitting MPs) — are daughters of party leaders. A fourth, Smita Wagh, is a party leader’s wife. Is that what you call representation of women? I don’t mind women with family connections if they are talented but give others a chance, too.”

BJP leader Eknath Khadse’s daughter-in-law Raksha Khadse, too has been fielded as the saffron party’s candidate from Raver Lok Sabha constituency in the state.

Meanwhile, in a dramatic development on Thursday, the BJP dropped Wagh as its candidate from Jalgaon and fielded its MLA Unmesh Patil as the new candidate. This seat gained prominence after the BJP denied its sitting MP AT Nana Patil a ticket from here. Several local BJP leaders had opposed Wagh’s candidature prompting the party to drop her at the last minute.

There were ugly scenes on Thursday as Unmesh Patil filed his nominations along with the Shiv Sena minister Gulabrao Patil and BJP MLA Raju Mama Bhole amidst sloganeering from Wagh’s supporters.