The newly elected Congress government of Madhya Pradesh has come under widespread condemnation after its police invoked the dreaded NSA against three Muslims in an alleged case of cow slaughter in the state. 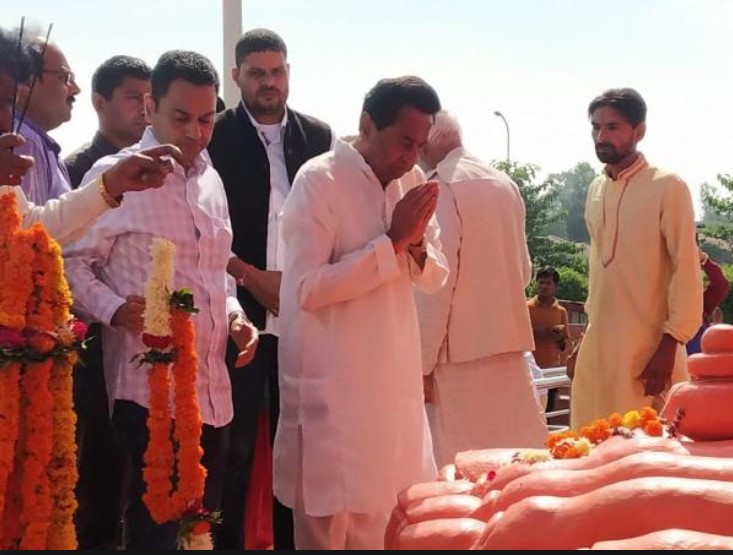 Reacting to the development, CPI General Secretary D Raja demanded an explanation from Congress President Rahul Gandhi. He told news agency ANI, “Fighting BJP is one thing, how can they justify such actions? Rahul Gandhi must explain what his party’s governments are doing in their respective states.”

The news also dominated social media conversations as many concluded that the Congress in power was no better than the BJP in its policies on communalism. Here are some of the reactions on Twitter:

NSA for cow slaughter in Congress ruled MP? I know the Congress once had cow and calf as it’s election symbol, but looks like the country has gone to the cows and Congress style ‘secularism’ is exposed once again!

Now a Congress Govt uses NSA against alleged cow slaughterers. Is this some kind of ‘soft hindutva’ tool (sic)

Did Modi and Kamal Nath exchange notes about how to persecute minorities in their recent meeting?

One Nath govt is following the footsteps of another Nath govt. Wow!

As reported by Janta Ka Reporter on Tuesday, the Congress government in Madhya Pradesh had come down heavily on three men, alleged to have slaughtered a cow after the police in the state charged them with the dreaded National Security Act. The NSA is usually invoked when a person is accused of having threatened the national security of India.

Three men, identified as Nadeem, Shakeel and Azam were being accused of slaughtering a cow near Moghat in Khandwa district. Khandwa Superintendent of Police Siddharth Bahuguna was quoted by NDTV as saying, “When our team reached the spot around 1.30 am, we found the cow carcass, but the accused managed to escape. Two of them, Nadeem and Shakeel, were arrested the same day, while the third accused, Azam, was taken into custody on Monday.”