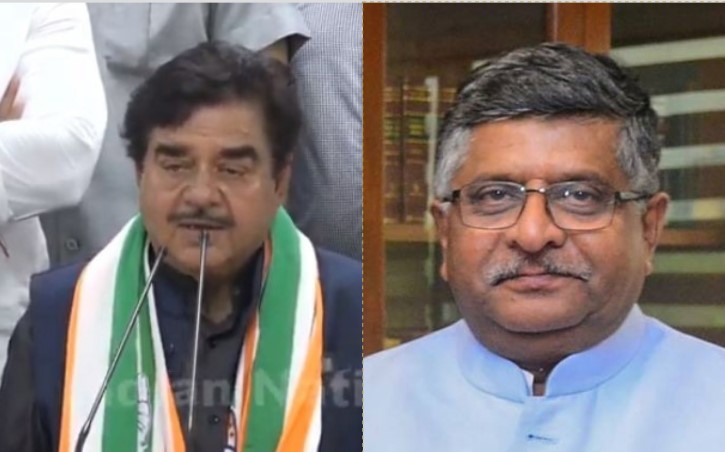 The latest list of candidates, released by the Congress has Shatrughan Sinha’s name right on the top as its candidate from Patna Sahib, which has been given to the party as part of the seat sharing deal with the RJD. 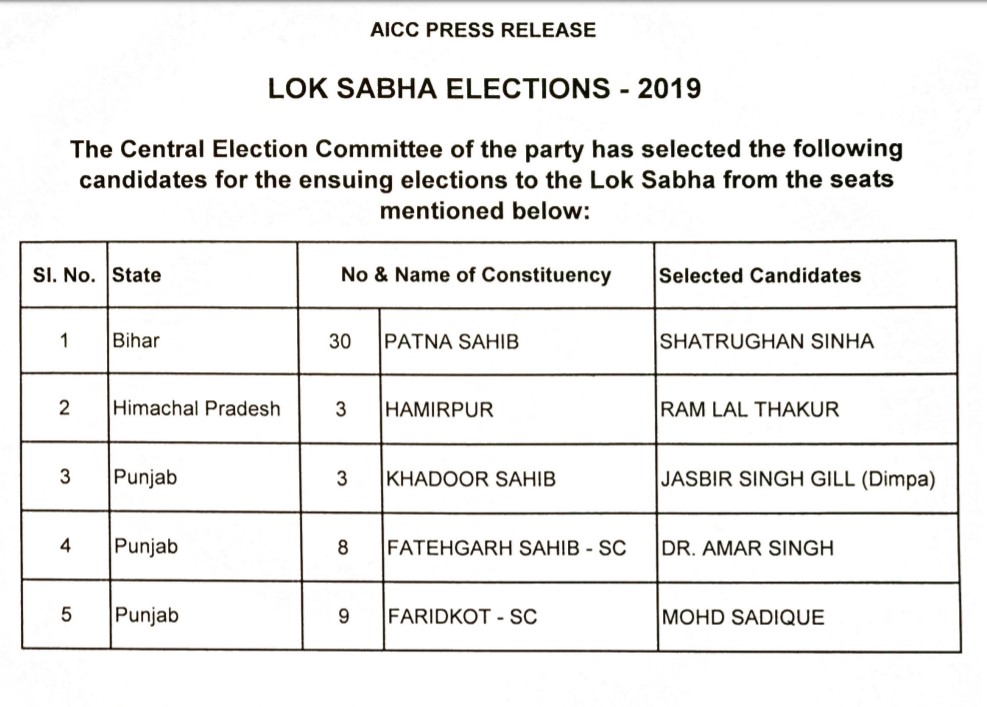 The announcement by the Congress was made after the actor-turned-politician officially joined the country’s grand old party in Delhi on Saturday. The BJP has already named Prasad, a former cabinet colleague of Sinha in the Atal Bihari Vajpayee government, its candidate from Patna Sahib.

Shatrughan Sinha had launched a tirade on Saturday against Prime Minister Narendra Modi by accusing him of lies and deceit.

The Congress, which has so far released a list of 377 candidates, also announced names for the Hamirpur parliamentary constituency in Himachal Pradesh and three seats in Punjab including Faridkot, where Mohammed Sadique has been named as the party’s Lok Sabha candidate.

Shatrughan Sinha’s daughter and famous Bollywood actress, Sonakshi Sinha, had earlier accused the BJP of ill-treating her father. She had gone on to add that her father ought to have left the saffron party long ago.