In a sensational development, Twitter has flagged a tweet by BJP IT Cell chief Amit Malviya on farmers’ protest as ‘manipulated media.’ Elsewhere, Attorney General KK Venugopal has given his consent for contempt proceedings against a cartoonist for a tweet raising questions on the Supreme Court’s integrity for extending special treatment to Arnab Goswami.

Malviya had earlier sought to debunk opposition parties’ claims that a security forces personnel had assaulted an elderly Sikh farmer during the ongoing protest against the Farm Laws. The photo of security forces personnel attempting to hit an elderly farmer had gone viral across the world. Malviya posted a video in a bid to establish that the man in uniform was merely trying to intimidate the farmer and had not hit him. 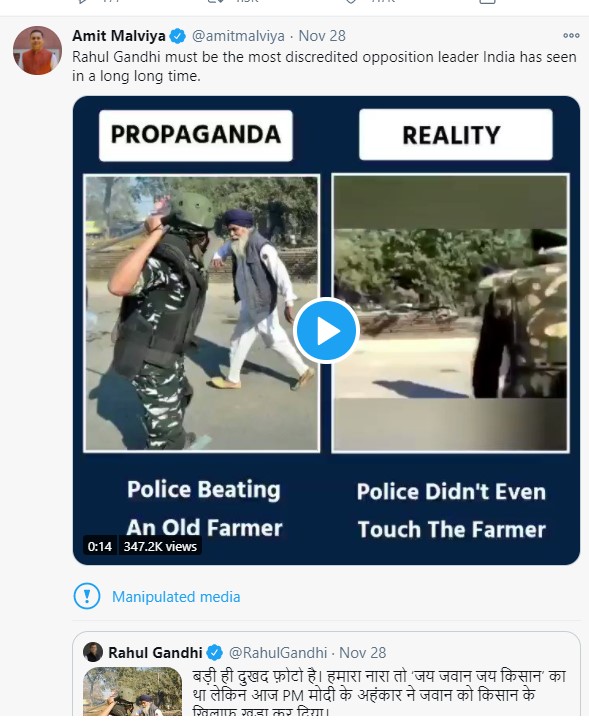 In another development, India’s attorney general has given his approval for contempt proceedings against a cartoonist after she implied that the Supreme Court was biased in favour of the Republic TV founder for his close proximity to the BJP top brass. Venugopal said in his consent letter, “I am satisfied that each of the tweets with cartoons attached is in contempt of the Supreme Court of India, hence I grant my consent.” 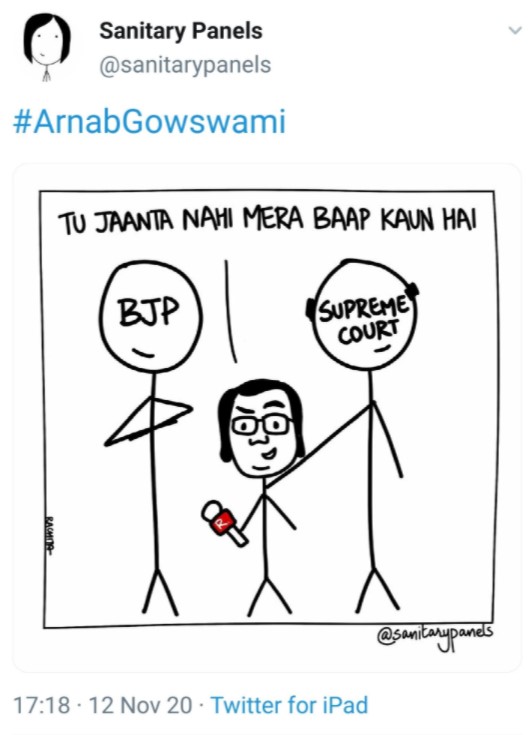 The Supreme Court has come under fire for according preferential treatment to Goswami while ignoring the plight of another journalist, Siddique Kappan, who’s been languishing in a UP jail for nearly two months.

12:58 PM: UK authorises Pfizer-BioNTech COVID-19 vaccine, to be made available across the country from next week. (ANI)

12:25 PM: Kangana Ranaut files caveat in Supreme Court, requesting that no order be passed without hearing her in case Brihanmumbai Municipal Corporation challenges relief given to her by Bombay High Court order in property demolition matter. (ANI)

11:54 AM: Supreme Court refuses to pass any direction on a plea filed in the backdrop of Hathras gang rape and murder incident which sought reforms in the laws concerning rape and grievous injuries. The court asks the petitioner to file a representation before the Centre. (ANI)

09:49 AM: Kaushambi: Eight people were killed after a truck overloaded with sand toppled over and fell on a car, last night. (ANI)

The incident occured at around 3:30 am. There were 8 persons inside the Scorpio car on which the truck overturned. 7 people including the driver, died immediately. The truck had a tyre burst because of which it had overturned. Further probe is being conducted: DM, Kaushambi https://t.co/ljD2AD5sDU pic.twitter.com/yIRNiGAeKR

07:55 AM: Actor and BJP MP #SunnyDeol has tested positive for COVID-19