The BJP has named former Bihar deputy chief minister Sushil Kumar Modi its Rajya Sabha candidate from the seat held by late Ram Vilas Paswan. There were speculations that Modi was upset after the saffron party decided to not continue with him as the deputy chief minister of Bihar. Instead, the party had named Tarkishore Prasad and Renu Devi, as his replacement.

The election to the seat is scheduled to be held on 14 December. Late Paswan’s party, the LJP, had left the NDA ahead of the Bihar assembly polls following its differences with Chief Minister Nitish Kumar. This has prompted the BJP to reclaim the seat that Paswan held until his death.

18:54 PM: Khattar is lying that he tried calling me earlier & I did not respond. But now, after what he has done to my farmers, I’ll not speak to him even if he calls me 10 times: Punjab CM Captain Amarinder Singh. (ANI)

18:42 PM: In Bihar, a newly-elected MLA of AIMIM declined to utter word ‘Hindustan’ during oath-taking. They will live in Hindustan but when it comes to taking oath in the name of Hindustan, they hesitate. This shows the true face of AIMIM: UP CM Yogi Adityanath in Hyderabad. (ANI)

17:51 PM: Four persons were killed and one injured in a road accident when a car rammed into a state transport bus from behind along the Greater Noida #yamunaexpressway early Saturday, the police said. (IANS) 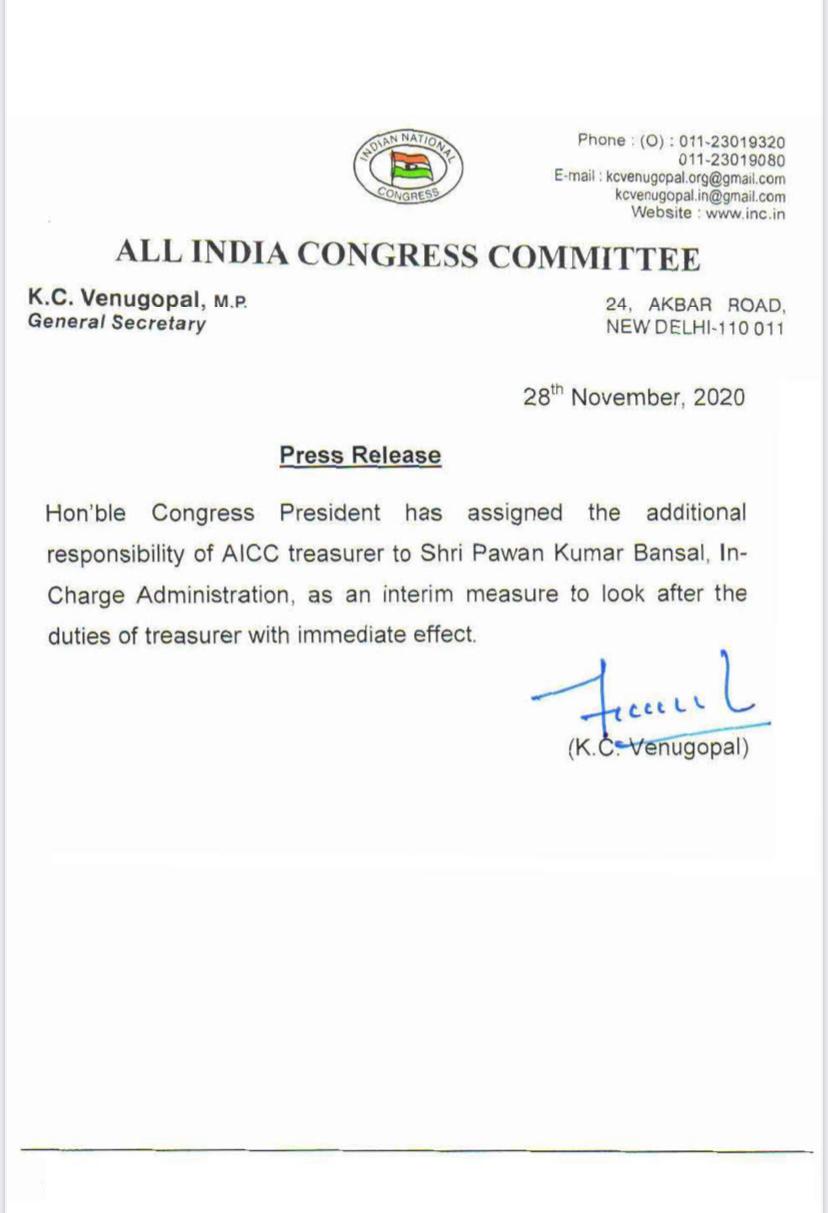 15:11 PM: Treating farmers with such dereliction has never been done by any party except BJP. These are the same people who had told farmers that they’d not only waive loans but would bring in policies which would double farmers’ income: Akhilesh Yadav, Samajwadi Party chief & former UP CM. (ANI)

14:04 PM: The #SupremeCourt has dismissed a plea filed by Muhammad Moin Faridulla Qureshi, serving a life term after conviction in the 1993 Mumbai blasts’ case, seeking leniency under the Juvenile Justice Act. (IANS)

13:28 PM: Even as #Delhi Police is busy tackling farmers rallying at Singhu and Tikri entry/exit points on the #Delhi-Haryana border, it was put on alert on Saturday after inputs that farmers might open another front on the Delhi-UP border too. (IANS)

12:34 PM: Even as a section of #Delhi-bound farmers were allowed to visit north Delhi’s Burari ground to hold their protest, banners were put by the ruling Aam Aadmi Party to welcome the protesters in the national capital. (IANS)

12:08 PM: CBI carrying out searches at 40 locations in three states including premises of some alleged coal smugglers: Officials

10:39 AM: The #Kohima bench of the #GauhatiHighCourt has granted an interim stay to the #Nagaland governments July 2 decision to ban commercial import, trade and sale of dogs and dog meat in the markets of the northeastern state. (IANS)

09:22 AM: NCP MLA Bharat Bhalke has passed away during  treatment for post-COVID complications.