The BJP has decided to move a no-confidence motion as the special session of the Rajasthan Assembly starts today. The Congress, for its part, will use the session to hold a trust vote to prove that there’s no danger to the Ashok Gehlot government. 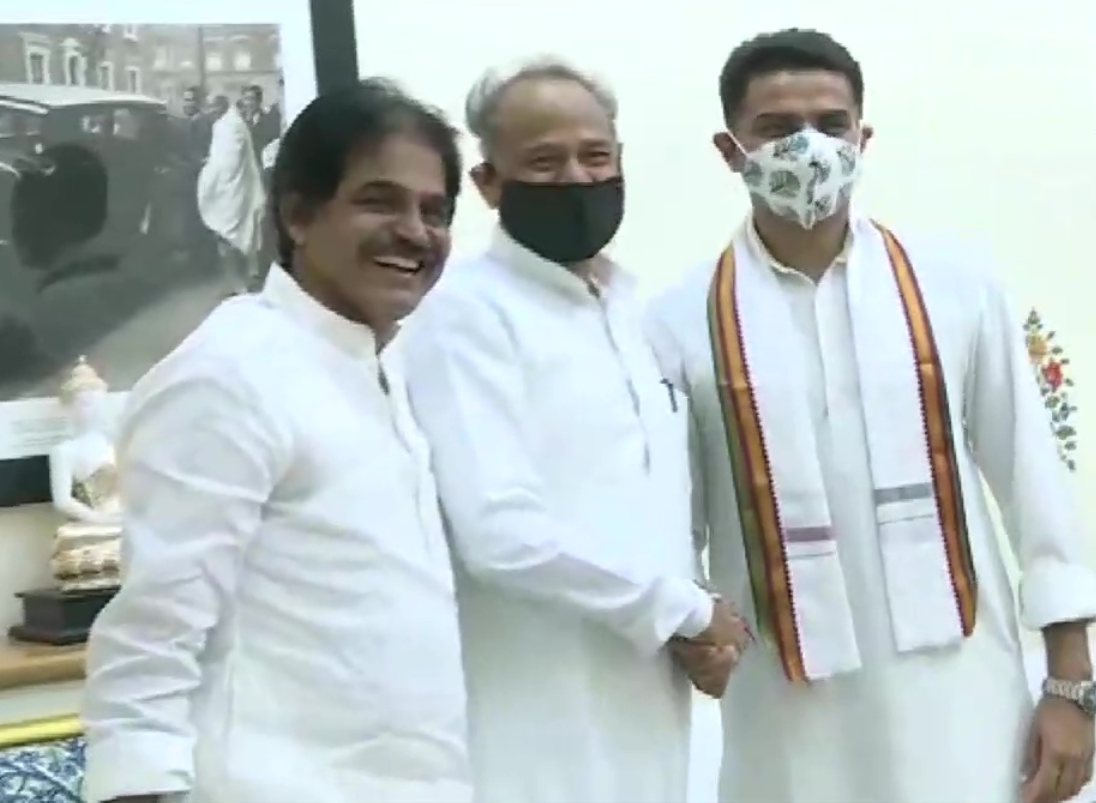 The Congress government has received a major boost after the return of Sachin Pilot, who met Gehlot on Thursday in the presence of senior leaders Ajay Maken and AICC General Secretary KC Venugopal.

Earlier this week, Pilot and his rebel MLAs had met Congress MP Rahul Gandhi at his residence before the party announced that the rebellion had been controlled.

Gehlot has the support of 125 MLAs including six BSP lawmakers, who had later merged with the Congress. The BJP has just 72 MLAs, not enough to bring down the Congress government. Gehlot needs the support of just 101 MLAs in the 200-seat Rajasthan Assembly.

18:14 PM: Veteran playback singer #SPBalasubrahmanyam, who had tested #COVID19 positive earlier this month, is now on life support. The hospital said SPB is on life support system and his condition remains critical. (IANS)

17:39 PM: Congress MLA R Akhanda Srinivasa Murthy lodges police complaint regarding attack on his house and property during #BengaluruViolence that erupted over social media post allegedly put out by his relative, claims loss may be to the tune of Rs 3 crore. (PTI)

15:52 PM: NGT holds four companies, including BPCL and HPCL, responsible for creating “gas chamber like condition” in Mahul, Ambapada and Chembur areas in Mumbai; directs them to pay Rs 286.2 crore for damaged caused to environment. (PTI)

15:24 PM: #Karnataka Congress legislator’s nephew #PNaveen has admitted to the posting of a derogatory remark on #Facebook, which triggered riots in the city’s eastern suburb on August 11, police said. Naveen, 26, is a nephew of Congress MLA Akhanda Srinivas Murthy. (IANS)

14:31 PM: The #EnforcementDirectorate probing the #moneylaundering case involving the death of #SushantSinghRajput has found no big transactions from the late Bollywood actor’s accounts to the bank account of his girlfriend #RheaChakraborty. (IANS)

13:52 PM: #Police has arrested 60 more persons in connection with the #Bengalururiots, taking the total arrests to 206, including a woman corporator’s husband, an official said on Friday. (IANS)

13:09 PM: Four members of a family were found dead under suspicious circumstances in #Telangana’s Wanaparthy district on Friday, police said. The bodies of a woman, her daughter, son-in-law & granddaughter were found lying in diff parts of their house in Nagpur village of Revalli mandal. (IANS)

12:34 PM: A #father & his son were shot dead by some unidentified assailants in a #UttarPradesh village in #Azamgarh district. Acc to reports, Mithai Yadav & his son Tej Yadav were attacked in front of their house at Rasoolpur Dudhahar village on Thursday night. (IANS)

11:36 AM: India will be one of the COVID-19 vaccine-producing nations. It needs a clearly-defined, inclusive & equitable vaccine access strategy ensuring availability, affordability & fair distribution. GOI must do it now: Rahul Gandhi

India will be one of the COVID-19 vaccine-producing nations.

GOI must do it now.

09:18 AM: Dario Vivas, the Mayor of #Venezuela’s capital #Caracas, has died after suffering from #Covid19 for more than three weeks. The senior member of the ruling socialist party died on Thursday. (IANS)