The BJP has demanded an arrest of former Jammu and Kashmir Chief Minister Mehbooba Mufti for her statement on India’s national flag. In her first interaction with the media since being released from year-long detention, Mufti had said that members of her party would not fly the tricolour until they are allowed to hoist the flag of Jammu and Kashmir. The former chief minister had placed the erstwhile state of Jammu and Kashmir flag in front of her as she interacted with reporters.

PDP President @MehboobaMufti begins her first press conference with the state flag of J&K symbolising her fight & resolve for the rights & dignity of J&K. pic.twitter.com/1tzyhSGAAE

Reacting to her statement, Jammu and Kashmir BJP president Ravinder Raina said, “I request Lieutenant Governor Manoj Sinha to take cognisance of seditious remarks of Mehbooba Mufti, book her for the seditious act and put her behind bars.”

Mufti and other top Kashmiri leaders were placed under house arrest as the Indian government revoked Article 370 and bifurcated the state of Jammu and Kashmir into two union territories on 5 August last year.

18:28 PM: Lending support to former Chief Minister #MehboobaMufti , Congress leader and former Union Minister Saifuddin Soz on Saturday said Mehbooba’s views on restoration of the flag of the erstwhile state of #JammuandKashmir reflects the wishes of the people. (IANS)

17:11 PM: We are anti-BJP, we are not anti-national: NC leader Farooq Abdullah after meeting of Peoples Alliance for Gupkar declaration. (PTI)

15:36 PM: BJP hits out at Rahul Gandhi, Priyanka Gandhi for their ‘selective outrage’ in cases of atrocities against women as it questioned their ‘silence’ over the alleged rape and killing of a 6-year-old girl in Punjab. (PTI)

14:58 PM: Free COVID vaccine promise in Bihar poll manifesto perfectly in order. A party can announce what it wants to do when it comes to power, says Finance Minister Nirmala Sitharaman. (PTI)

Those who have come in contact with me are advised to get covid19 tests done.
Take care, everyone !

14:02 PM: The Election Commission has moved the Supreme Court challenging an order of the Madhya Pradesh High Court which put various conditions in holding physical gatherings by political parties for campaigning in assembly bye-polls in the state. (Live Law)

13:24 PM: No rape should be politicised. But because we want our political games to be played, we are selective about voicing horror when it is in some states & remain in absolute silence when it is in states governed by Congress party: Union Minister & BJP leader Nirmala Sitharaman. (ANI)

12:07 PM: India’s first World Cup-winning cricket captain #KapilDev is well on road to recovery after a successful emergency coronary angioplasty, and this is evident from a photo in which the legendary all-rounder is seen flashing a double thumbs up sign from his hospital bed. (IANS) 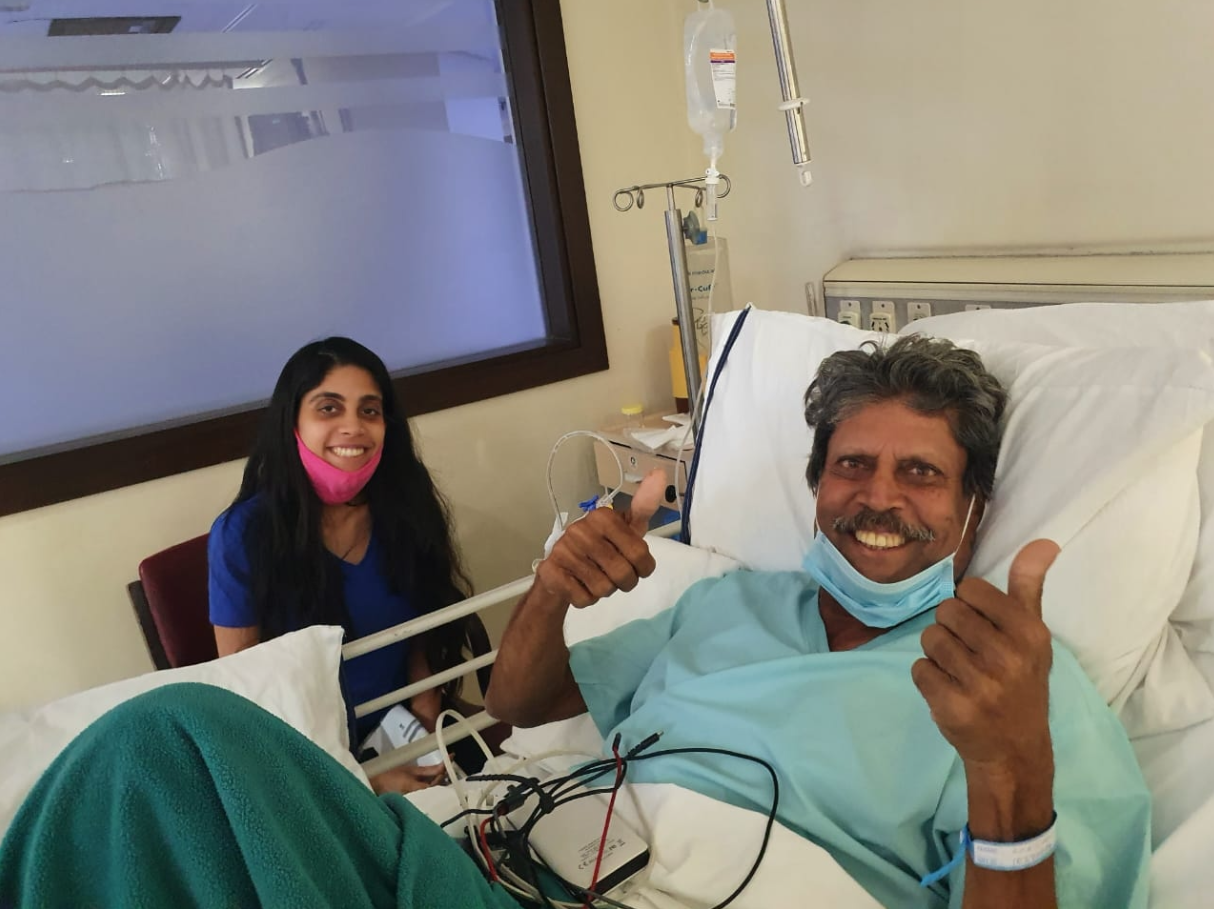 11:35 AM: Delhi’s air quality continues to be in ‘very poor’ category with the Air Quality Index recorded at 346. Government agencies say the air quality will deteriorate further in the evening and on Sunday. (PTI)

10:58 AM: Colombian Vice President #MartaLuciaRamirez confirmed that she has tested positive for the novel #coronavirus and would be isolated in her home for 15 days. (IANS)