Police in Madhya Pradesh have arrested five members of radical Hindu outfit after videos of their brutalities against three people including one Muslim man went viral on social media. 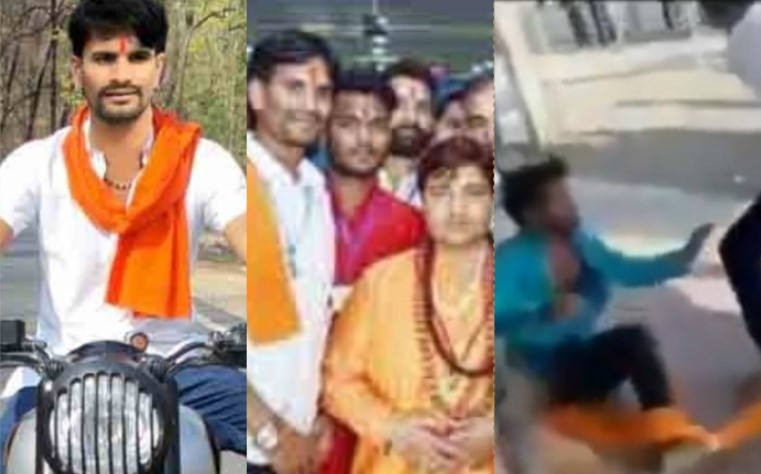 The incident allegedly took place in Seoni district of Madhya Pradesh on 22 May. But the arrest of five accused was made on 24 May after videos went viral on social media platforms. In two videos being shared on social media, a group of Hindutva terrorists are seen mercilessly thrashing the two men before forcing one of the men to thrash the woman. The violent Hindutva mob also forced them to chant Jai Shri Ram.

The three victims have been identified as Taufik, Anjum Shama and Dilip Malviya. Police have also arrested all three victims before sending them to judicial custody. The victims were arrested on 22 May, while their perpetrators were arrested two days only after a huge outrage on social media. Three victims are being accused of carrying beef in an autorickshaw and a two-wheeler from Khairi village.

A day after on all the talk on inclusiveness by @PMOIndia this is what happens in Seoni, MP. Muslim man being beaten on suspect of carrying beef and then asked 2 thrash his wife & say Jai Shree Ram. Hoping @DGP_MP will take some action. Truly sad. pic.twitter.com/NGZakOl7r3

The five Hindutva terrorists masquerading as cow vigilantes have been identified as Shubham Baghel, Yogesh Uikey, Deepesh Namdev, Rohit Yadav and Shyam Dehriya. They have been booked under IPC sections 143, 148, 149, 341, 294, 323 and 506 and also section 25 of arms act.

Shubham among them is believed to be a habitual offender.