Former MP Jyotiraditya Scindia on Tuesday officially resigned from his party, leaving the 15-month-old Congress-led government in minority in Madhya Pradesh. Soon after his resignation, 20 MLAs supporting him also resigned from the state assembly. Scindia’s resignation was followed by his meeting with Prime Minister Narendra Modi and Home Minister Amit Shah. He’s all set to formally join the BJP, a party that his grandmother Vijayraje Scindia co-founded. 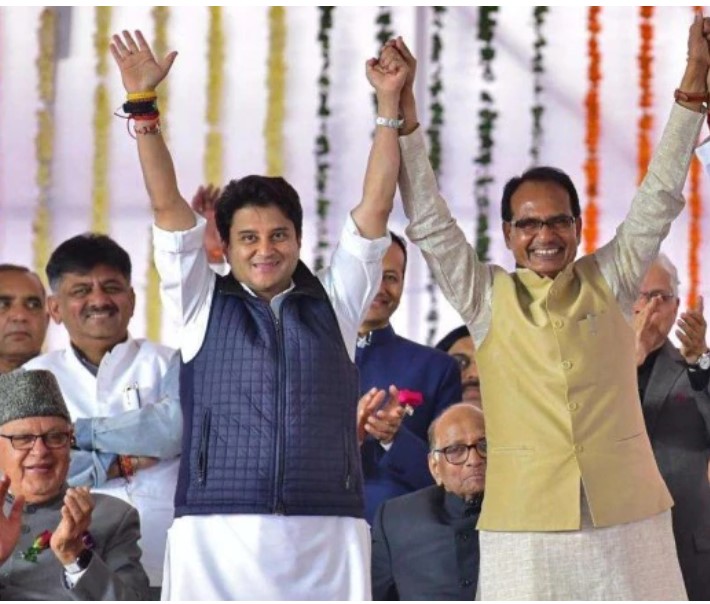 But Scindia’s resignation and his plans to join a political party, notorious for its communally divisive agenda, which has hurt the secular fabric of India in the last six years, shouldn’t have come as a surprise to the Congress. For, the 49-year-old parliamentarian from Guna had given explicit indication on two occasions that he intended to embrace the ideologies of the saffron party.

The first time he publicly contradicted his own party, the Congress, was last year, when he sided with the BJP government on the issue of the Balakot airstrikes. While his party launched an all-out attack on the Narendra Modi government questioning the intelligence failure that led to the Pulwama terror attack, Scindia was seen sounding more nationalist than the average BJP leader.

This is what he had told Times Now in an interview, “As far as Balakot is concerned, we are Indians first… The tri-colour is our first flag. And I have said this on your channel first and even on other channels. When it comes to the unity and sovereignty of our nation, or against forces which want to weaken the country, we are all Indians first.”

His support for the BJP became even more explicit in August last year, when he once again contradicted his party’s official stand on the abrogation of Article 370 in Jammu and Kashmir. Reacting to the abrogation of Article 370 and bifurcation of the state into two union territories, Scindia had tweeted, “I support the move on #JammuAndKashmir & #Ladakh and its full integration into union of India. Would have been better if constitutional process had been followed. No questions could have been raised then. Nevertheless, this is in our country’s interest and I support this.”

This was despite his party opposing the move in the parliament.

The other two Congress leaders who had also supported the BJP government on the issue of Article 370 were Milind Deora from Mumbai and Deepender Hooda from Haryana.