Justice S Muralidhar, who was abruptly transferred to the Punjab and Haryana High Court the day he came down heavily on the Delhi Police for its questionable role in the recent carnage, said on Thursday that he derived his inspiration from ‘Gandhi’s principle for weakest and Ambedkar’s principle for Constitutional morality.’ He was speaking at his farewell party at the premises of the Delhi High Court. 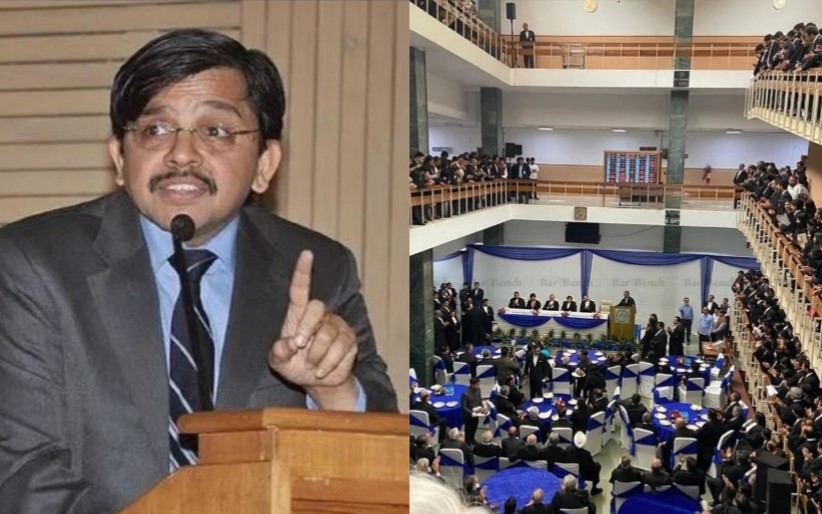 “Court spaces must be democratic. Gandhi’s principle for weakest and Ambedkar’s principle for Constitutional morality are my principles,” Livelaw website quoted him as saying. Justice Muralidhar also said that it was ‘important to imbibe Constitutional values’ adding that ‘they need to be practiced continuously at the personal and professional level both.’

The timing of Justice Muralidhar’s transfer in light of his scathing observation for the Delhi Police had triggered a full-blown controversy. But, Justice Muralidhar clarified that he had given his consent to the Supreme Court’s collegium’s decision to transfer him in a letter dated 17 February.

“In my case, the collegium’s decision was communicated to me by the CJI on 17 February by a letter which sought my response. I acknowledged receipt of the letter, I was then asked to clarify what I meant. As I saw it, if I was to be transferred from the Delhi High Court any way, I was fine with moving to the Punjab and Haryana High Court,” news agency PTI quoted him as saying.

He added, “I, therefore, clarified to the CJI that I did not object to the proposal. An explanation for my transfer reached the press…on 20 February quoting ‘sources in the Supreme Court collegium’, confirming what has been indicated to me a couple of days earlier.”

Justice Muralidhar said that he will ‘always be proud to be called as a former judge of the best High Court of India, unarguably the Delhi High Court.’