Janta Ka Reporter 2.0
Home India “I couldn’t speak to him but offered flowers to his grave”: Photo...

A photo of India’s newest bowling sensation Mohammed Siraj visiting his father’s grave in Hyderabad has left cricket fans emotional. In the photo, Siraj was paying tribute to his Dad, Late Mohammed Ghouse, who died when the bowler was in Australia and was not able to see him for the last time. 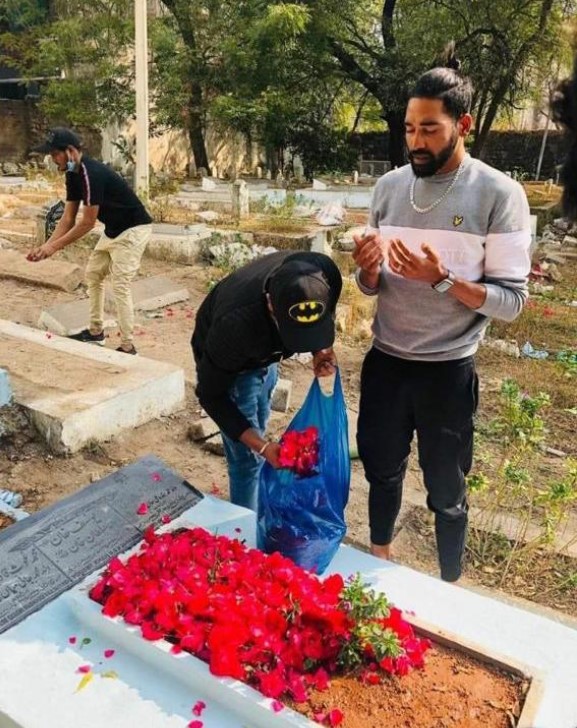 Siraj said that he did not go home after his return from the Australian tour and directly visited the graveyard, where his Dad is resting. “I didn’t go home, directly. I went to the graveyard straight from the airport, I went there to sit with my dad for some time,” he was quoted by India Today. The Indian bowling hero added, “I couldn’t speak to him but offered flowers to his grave.”

Siraj said that his mother started crying when he reached home. “Then I tried to console her, telling her not to cry. It was a different feeling. After 6-7 months, her son had come home. Mom was always waiting for me to return. She was counting down how many days were left for me to return,” Siraj added.

Mohammad Siraj chose to play for the nation, made his father proud in the heaven with his stellar performance in Australia.
Now after 2 Months , he returns to pay the final rites.
These are the stories that needs to be told repeatedly for the GeNext. pic.twitter.com/QypxyNEulE

Siraj’s hands.
Once they were used to hold his tears. Then they picked five-for. They were not tolerant towards a group of racists, pointing towards them. In the end, they were holding the Trophy and here, as soon as they landed in India, prayed for his father. https://t.co/Hj8RbJICVR

Siraj’s father had passed away while the young bowler was in Australia. He was not able to attend the funeral of his father, who despite being an auto-rickshaw driver, had tirelessly worked to see his son represent India.