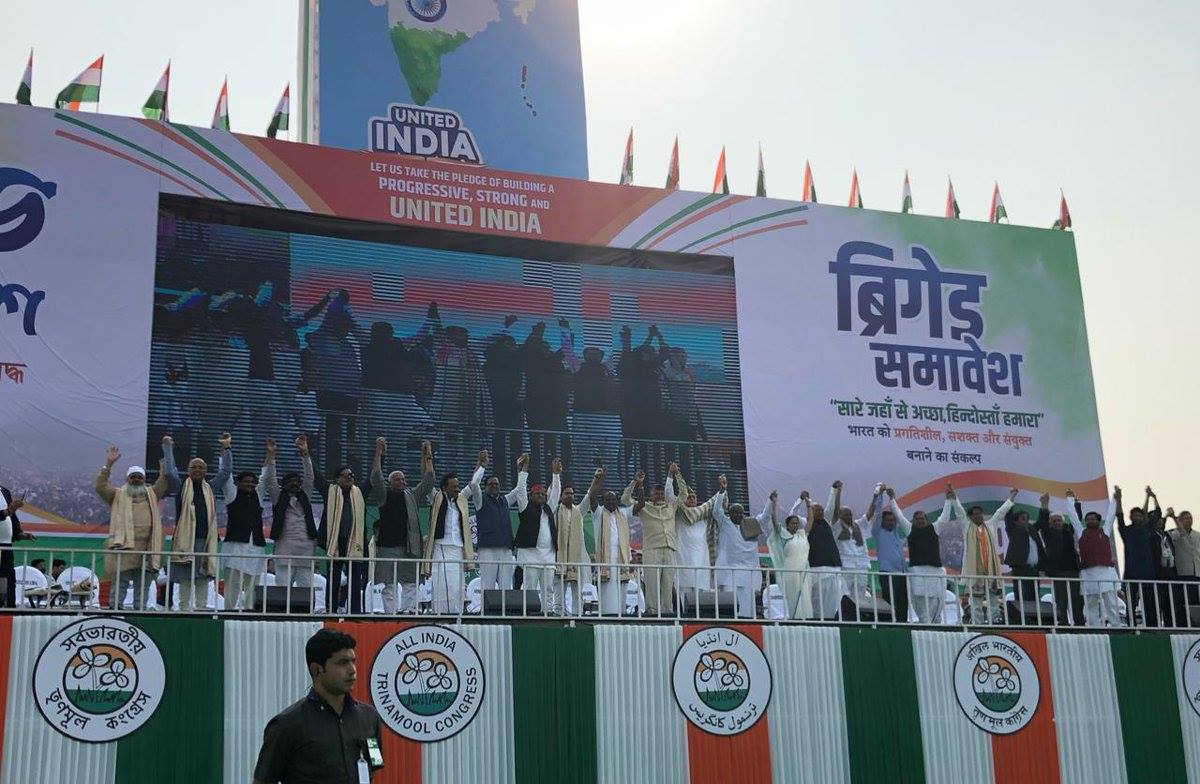 The rally was organised by West Bengal Chief Minister Mamata Banerjee in a bid to show the unity among non-BJP parties ahead of the Lok Sabha polls.

Speaking at the rally, Kharge said, “I appeal that we all unite to save the Constitution & the democracy. They (BJP) are helping their corporate friends. They promised to provide 2 crore jobs every year, where are the jobs?”

BSP leader SC Mishra, who was representing his leader Mayawati, said, “Factories have closed down, farmers are in distress, minorities are the worst affected under this government, such a government needs to be uprooted.”

Stalin said, ” Wherever PM Modi is going he is fiercely attacking the Opposition, Modi is fearful of the Opposition and that is why he is also cursing us. He is afraid of our unity. We must come together to safeguard India.”

Kejriwal said, “Today is a historic day for the country. The Shah-Modi duo have destroyed the country.”