In a huge setback to the BJP, one of its key allies, the Shiromani Akali Dal, have decided to boycott this year’s Delhi Assembly polls to protest against the amended Citizenship Amendment Act and government’s plans to rollout the NRC. 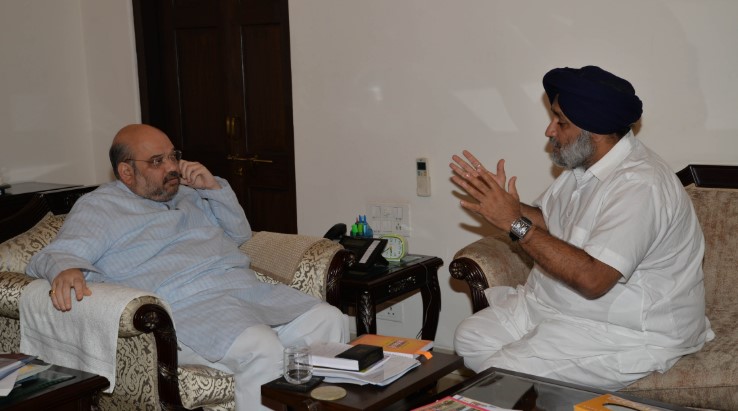 Announcing his party’s decision, Akali leader Manjinder Singh Sirsa said that the Akali Dal and the BJP had an old relationship, which was strained by the enactment of the CAA. He was quoted as saying by news agency ANI, “SAD and BJP have an old relationship, but after stand by Sukhbir Badal ji on #CAA which was to include ppl from all religions, BJP leadership wanted us to reconsider this stand. So, we decided to not fight these polls instead of changing our stand.”

He added, ” Shiromani Akali Dal also believes that #NationalRegisterofCitizens should not be implemented. We welcomed #CAA but we never demanded that any one religion be excluded from this act.”

Manjinder Sirsa,SAD: Shiromani Akali Dal also believes that #NationalRegisterofCitizens should not be implemented. We welcomed #CAA but we never demanded that any one religion be excluded from this act https://t.co/gEzG2RZWbm pic.twitter.com/gdk5fFDCDN

Sirsa said that his party was also against the National Register of Citizens (NRC) adding that the Akali Dal wanted that there should be no law in which people are made to stand in queues to prove their credentials. “This is a great nation and there is no space for communalism,” he said.

Earlier, another BJP ally, the JDU, too had criticised the government over the CAA after first supporting the BJP to pass it in the parliament.

There have been huge protests in Punjab against the CAA and the NRC. A group of Sikh farmers had recently travelled to show their solidarity to the protesters of Shaheen Bagh in Delhi. They had also set up cooking facilities to provide free food to the protesters mainly consisting of women.

A Shaheen Bagh-like protest is also being staged in Punjab’s Malerkotla. The Akalis appear to have correctly understood the mood of the country over the discriminatory legislation and have decided to oppose it despite being an alliance partner of the BJP.