Prime Minister Narendra Modi being greeted by black flags across India has become a popular sight these days. A day after he faced nude protests and was shown black flags in Assam, Modi faced another round of angry protests in Andhra Pradesh on Sunday. 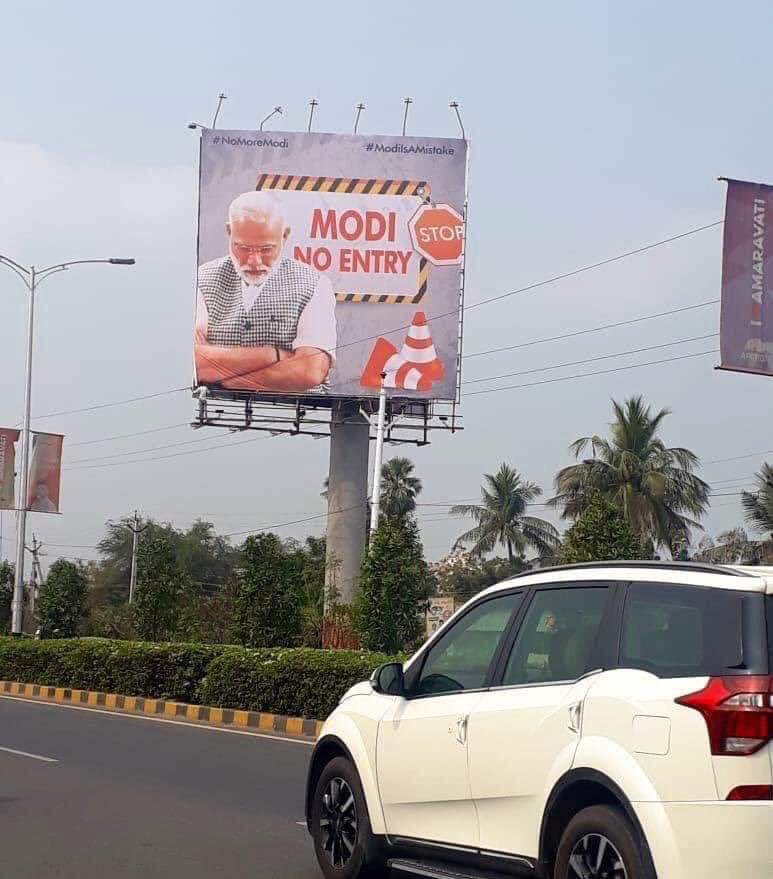 Ahead of his visit today, hoardings and posters bearing ‘Modi is a mistake,’ and ‘No More Modi’ have come up in several parts of the state. Social media users have been quick to share these photos that led to #GoBackModi and #GoBackSadistModi trend on Twitter.

Ahead of PM Modi’s visit to #AndhraPradesh, protests break out in multiple locations in the state. Huge billboards outside Gannavaram airport against PM, also black baloons released in Vijayawada. Twitter’s top trends are- #GoBackSadistModi and #GoBackModi. pic.twitter.com/mPq42bbnAq

What kind of man are u? U still belive tht u can fool people by acting like a people’s leader. Stop overacting, u exposed urself long back, u are a fascist. #GoBackModi

While in Andhra Pradesh, Modi lashed out at his former ally and Chief Minister N Chandrababu Naidu. Modi said that he had only replicated the Centre’s development programmes instead of his assurance of initiating new schemes for the poor in the state. Modi also accused Naidu of using public money in frequently travelling to Delhi. Modi said that Naidu was a part of Maha milawat club.

He said, “We are holding this big event with party money, and not taxpayers’ money.  Chandrababu Naidu is going to Delhi for photo-ops with people’s money.”

Today’s visit to Andhra by Modi was his first since Naidu’s party, Telugu Desam Party pulled out of the BJP-led NDA.