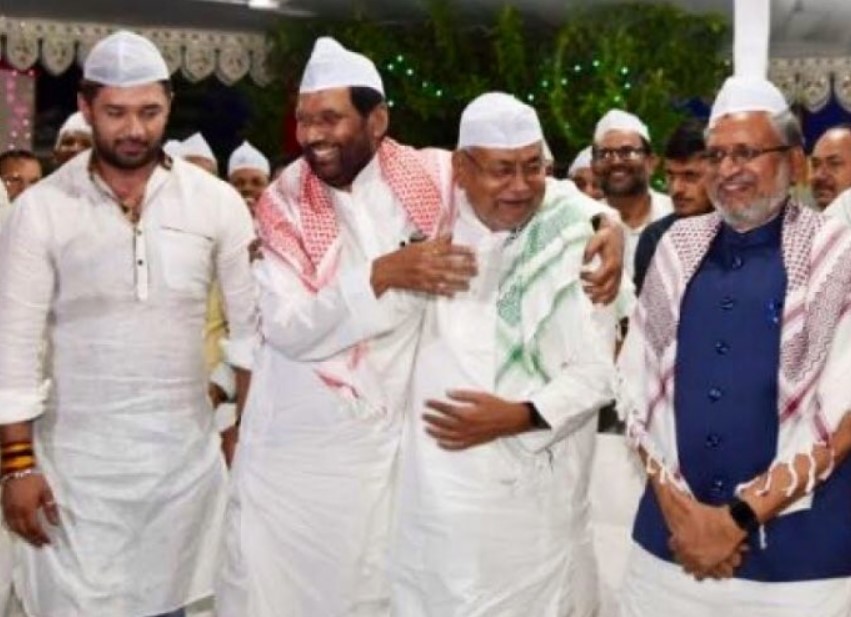 Singh, who was recently made Minister of Animal Husbandry, Dairying and Fisheries in the new cabinet headed by Prime Minister Narendra Modi, targeted them for attending an Iftar party to appease Muslims. Known for his hatred for Muslims, Singh wrote,”How beautiful would these photos have been if (these leaders) organised navaratri and Falahar with same fervour and shared beautiful pictures. Why do our own lag behind in their religious commitments and duties and merely indulge in show-off?”

When asked to comment on Singh’s attack, Nitish Kumar said that the union minister had the habit of making such comments to stay relevant in news.

The relationship between the BJP and Nitish Kumar has suffered a little strain in the recent past after the saffron party offered just one ministry to the JDU at the Centre. A miffed Kumar had refused to accept the BJP’s offer. Days later, Kumar too expanded his own cabinet in Bihar and offered only one seat to the BJP, which has not accepted the offer till date.

Giriraj Singh is known for his anti-Muslim stand. In the past, he had reportedly asked the critics of Narendra Modi to leave India and go to Pakistan. The BJP had changed his seat from Nawada to Begusarai, where he defeated CPI’s Kanhaiya Kumar to get himself re-elected.