In a shocking development, Faridabad Deputy Commissioner of Police (DCP) Vikram Kapoor on Wednesday shot himself dead using his service revolver at his home. Cops investigating the prove have recovered a suicide note, which names an inspector and a constable. 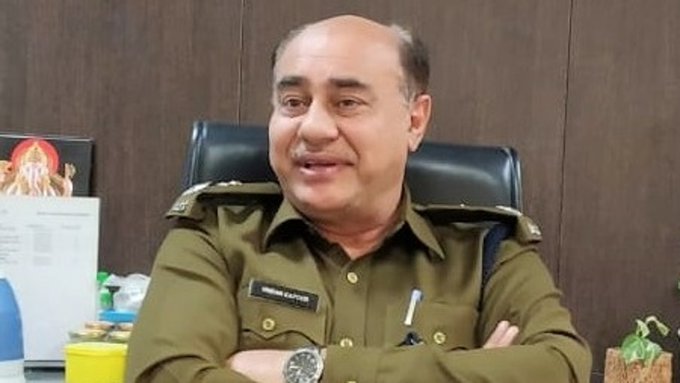 A note by Faridabad Police PRO Sube Singh read, “With great sadness, it is to inform you that DCP of NIT Faridabad Vikram Kapoor has shot himself dead with his service revolver at his residence in Police Lines, Sector 30, Faridabad at 6:00 am.”

The cause of his suicide is being investigated, added the statement from the PRO. News agency ANI reported that the deceased officer’s family had filed a complaint in the matter.

Faridabad Police PRO: A suicide note has been recovered. Names of an inspector and another person are mentioned in the note. The family has filed a complaint, FIR being registered. pic.twitter.com/frXiivhb4H

A news flash by Times of India said that the suicide note mentioned  SHO Bhupani, Abdul Sahid, and one other person for blackmailing him.