The Election Commission was left red-faced on Thursday evening when a video of an EVM machine being found in a BJP candidate’s car from Assam went viral. This was after journalist Atanu Bhuyan tweeted the video with a caption that read, “Situation tense after EVMs found in Patharkandi BJP candidate Krishnendu Paul’s car.” 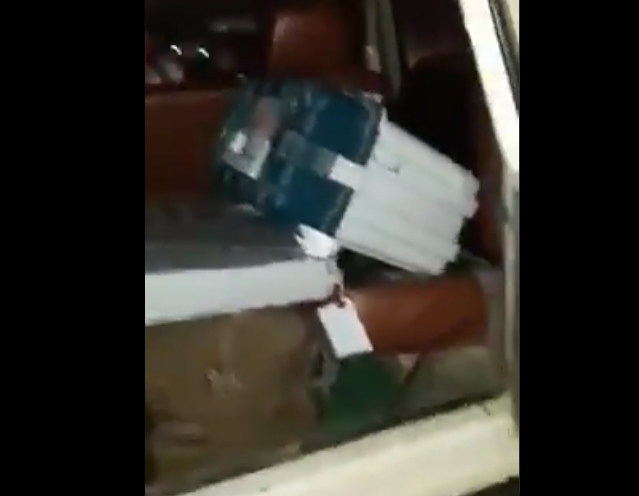 In the video, an EVM could be seen placed inside an SUV allegedly owned by BJP candidate Krishnendu Paul. The development took place on the day Assam went to polls in the second phase.

Left red-faced, the Election Commission ordered the suspension of at least four officials. According to the justification issued by the EC,
its officials hitched a ride in the BJP candidate’s car to transport the EVM.

The Election Commission has said that there was no tampering done with the EVM that comprised of BU, CU and VVPAT. Meanwhile, the EC has ordered fresh polling in one polling booth. But, the Congress has stepped up its attack on the issue of electoral frauds. Priyanka Gandhi Vadra shared the video as she wrote, “Every time there is an election videos of private vehicles caught transporting EVM’s show up. Unsurprisingly they have the following things in common: 1. The vehicles usually belong to BJP candidates or their associates. 2. The videos are taken as one off incidents and dismissed as aberrations. 3. The BJP uses its media machinery to accuse those who exposed the videos as sore losers.
The fact is that too many such incidents are being reported and nothing is being done about them.”

She added, “The EC needs to start acting decisively on these complaints and a serious re-evaluation of the use of EVM’s needs to be carried out by all national parties.”