In another shocking development, a polling booth in Assam recorded 171 votes even though it had only 90 eligible voters. The embarrassing development has left India’s Election Commission red-faced prompting the national poll body to suspend at least five of its officials. 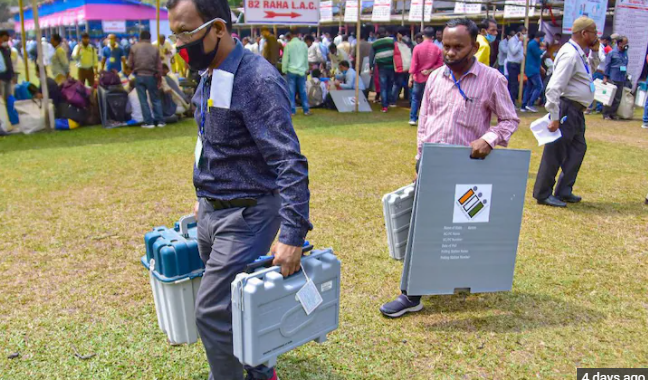 The embarrassing development took place in Assam’s Haflong constituency, which went to the polls in the second phase on 1 April. The constituency had registered 74 percent polling.

As expected, the incident has triggered a wave of criticism for the Election Commission.

90 people were eligible to vote in a booth in Assam’s Dima Hasao District, but magically 171 votes were cast. In Assam EVM travels in BJP cars and phantom votes accompany actual votes in remote booths. #ModiHaiTohMumkinHai#EVM_theft_Assam https://t.co/9RZlxbjJLt

The question is, why is @ECISVEEP, who is presiding over this very shambolic and fraudulent set of elections in Bengal and Assam, still in office? https://t.co/1KfVgrtiyO