Maharashtra Chief Minister Uddhav Thackeray has sent a terse reply to Governor Bhagat Singh Koshyari stating that he did not need a certificate on Hindutva from the latter. This was after Koshyari wrote to the Maharashtra CM, asking if the chief minister had suddenly ‘turned secular’ by not opening places of worship due to the rising cases of the COVID-19 pandemic. 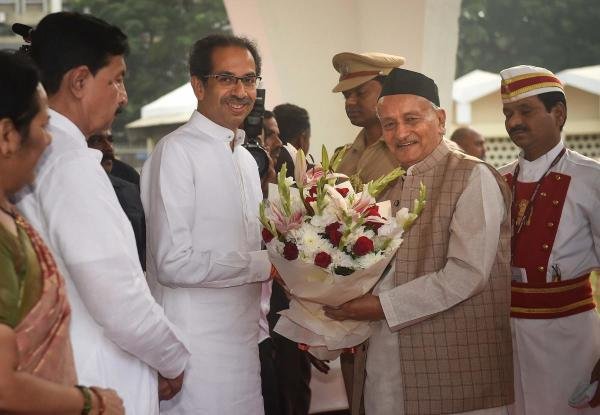 Writing to Thackeray, the Maharashtra governor had said, “You have been a strong votary of Hindutva. You had publicly espoused your devotion for Lord Rama by visiting Ayodhya after taking charge as Chief Minister. You had visited the Vitthal Rukmini Mandir in Pandharpur and performed the puja on Ashadhi Ekadashi.”

Koshyari continued, “I wonder if you’re receiving any divine premonition to keep postponing re-opening or you’ve suddenly turned ‘secular’ yourselves, the term you hated?”

Koshyari had said in his letter that he found it ‘ironical that while on one hand the state government permitted opening of bars, restaurants and beaches, our gods and goddesses have been condemned to stay in the lockdown.’

Thackeray replied, “As imposing lockdown all of a sudden was not right, revoking it completely at once will also not be a good thing. And yes, I am someone who follows Hindutva, my Hindutva doesn’t need verification from you.”

As imposing lockdown all of a sudden was not right, revoking it completely at once will also be not a good thing. And yes, I am someone who follows Hindutva, my Hindutva doesn’t need verification from you: Maharashtra CM Uddhav Thackeray (in file photo) replies to Governor https://t.co/Tw26tZ2r6B pic.twitter.com/VgCSXnhTlh

With 2,12,905 active cases, Maharashtra continues to be the worst affected state by COVID-19 in the country. The number of people killed by the COVID-19 pandemic in the state now stands at a whopping 40,514.

Governors are expected to act in accordance with the constitution, whose preamble states, “WE, THE PEOPLE OF INDIA, having solemnly resolved to constitute India into a SOVEREIGN SOCIALIST SECULAR DEMOCRATIC REPUBLIC and to secure to all its citizens.”

It seems Koshyari needs to brush up his knowledge on the Indian constitution and learn that he simply can’t be denounce the virtues of the while holding a constitutional post.