The son of the slain former Hindu Mahasabha leader Kamlesh Tiwari has said that he did not have faith in the local administration as he demanded an NIA probe in his father’s gruesome murder. 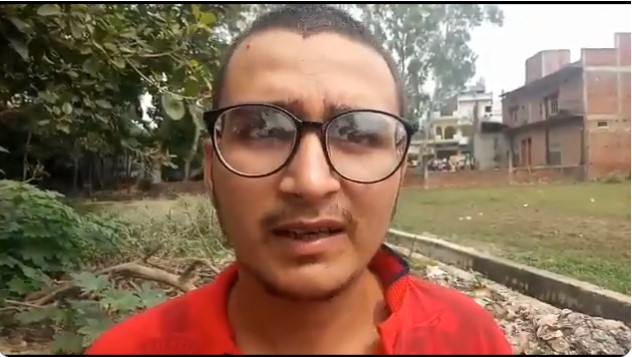 In a viral video, Satyam Tiwari is heard saying, “We don’t know if those (arrested) are the same who killed my father or innocents are being framed as part of a conspiracy. If they are indeed the same (who killed my father) and they have videographic evidence then their identities should be matched. We had asked for an inquiry by the NIA in our complaint. If the NIA investigation has identified these people, then they must be the killers. But we don’t have faith in the administration.”

Satyam’s comments came on a day when the Uttar Pradesh Police claimed that it had arrested three people namely Maulana Mohsin Sheikh, Faizan and Khurshid Ahmed from Gujarat in collaboration with the Gujarat ATS. The Gujarat ATS said that all three arrested from Surat had confessed to their crime.

Speaking to reporters on Saturday, UP Police DGP OP Singh ruled out the terror angle into Tiwari’s murder but said that he may have been killed for his controversial speech against Prophet Muhammad in 2015.

WATCH: If the probe is done by the NIA, it’s good because I don’t have any trust on the UP administration: Kamlesh Tiwari’s son tells media. pic.twitter.com/FYHdO4xVWZ

Meanwhile, Tiwari’s mother said that she suspected the involvement of a local BJP leader into her son’s murder. “It is Shiv Kumar Gupta, a leader of Bharatiya Janata Party. Nobody asked me anything in Lucknow, all I was asked is what I want. To this I replied that I just want the dead body of my son. I will not spare anyone even if I get killed for it. I requested the police to call Gupta and question him but my request was not heeded to. Shiv Kumar Gupta lives in Thatheri and is a mafia who has over 500 cases against him. He had taken over as the president of a local temple and killed my son over a dispute regarding construction of the structure,” she was quoted by News18.

Tiwari, who founded Hindu Samaj Party, was murdered in Lucknow on Friday. His alleged killers, two men and a woman, were captured by a CCTV camera.