A video of Gujarat BJP MLA Arvind Raiyani spitting inside a government-run community kitchen being used to feed poor amidst the COVID-19 pandemic has gone viral on social media. Faced with public condemnation, the MLA from Rajkot has admitted his ‘mistake’ but defended his action saying that he spat ‘in my own property.’ 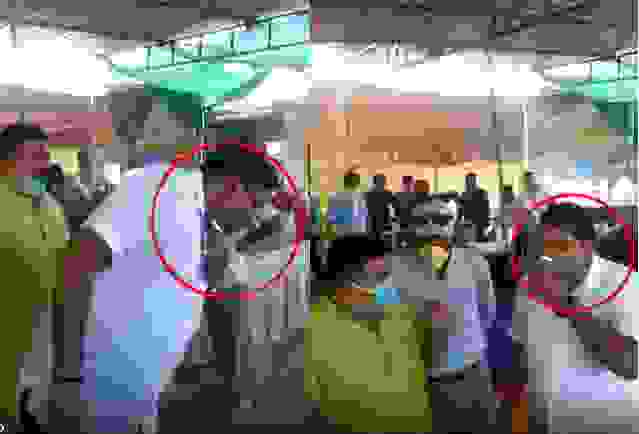 In the viral video, Raiyani could be seen spitting inside the kitchen, being run to prepare food for poor in Rajkot during the nationwide lockdown. His action caused Twitterati to explode in anger as many found the act utterly disgusting.

Twitter user Simmi Ahuja wrote, “Yakk, BJP MLA spits in government-run kitchen for poor in Rajkot. #GujaratCoronavirus Why he did it?
Is this the level of Hygiene they r talking about?? I hope Media house may pick the story.” User Drunk Journalist tweeted, “Finally a Thooker from Single Source Hatemongering Party caught on Camera. BJP MLA Arvind Raiyani caught spitting in kitchen where food is being prepared for needy people in Rajkot, Gujarat.”

User Faizan wrote, “COVID-19 in Gujarat: BJP MLA spits in government-run kitchen for poor in Rajkot. Look like intention of spreading #CoronaVirus Can Godi Explain what type of Jihad is this.” User Jay Dongra wrote, “BJP Gujarat MLA who criticised Jamatis over spitting, he himself caught on camera spitting in public kitchen. Inko zara famous karo.”

Later reacting to his visibly disgusting act, Raiyani said he admitted his mistake and had paid a fine of Rs 500. But he defended his action saying that he had spat inside his own property.