Industrialist Naveen Jindal did not get a ticket to contest from the Kurukshetra Lok Sabha seat, which he had represented twice between 2004 and 2014. Unperturbed by the ticket denial, his extraordinary message of support for the Congress candidate Nirmal Singh had gone viral on the internet last month with many praising the industrialist for his magnanimity. 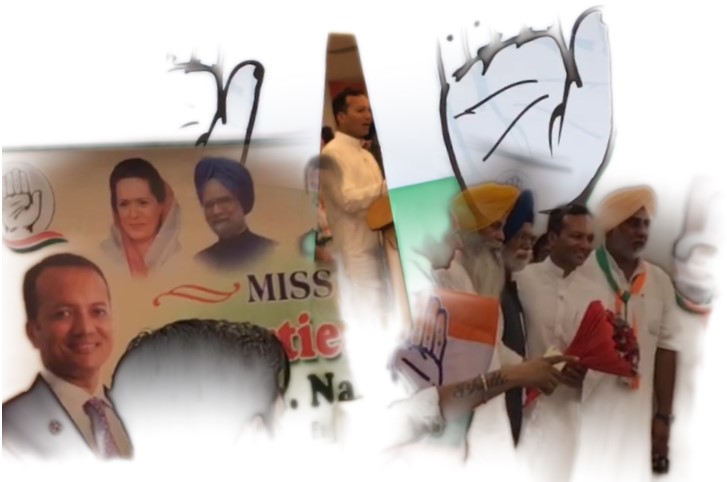 Since the Congress announced its candidates for Haryana, Jindal was seen actively campaigning for his party’s candidates, not just in Kurukshetra but in other seats too. The industrialist-politician has now left India, but not until he travelled to Punjab, where he was in great demand to campaign for other Congress candidates.

Jindal travelled to Punjab’s Khanna district and Mandi Govindgarh to campaign for former IAS officer and Congress candidate from Fatehgarh Sahib, Dr Amar Singh. While in Mandi Govindgarh, a traditional industrial belt of Punjab, local leaders urged him to set up a new plant to jump-start an industrial revolution since the demonetisation, GST rollout and ‘inspector raj’ during the previous BJP-Akali Dal government in the state had forced many plants to close down.

He told the audience in Mandi that his family will always be grateful to the local locksmiths since they played a key role in the growth of the Jindal Steel Group. He said that Singh, who worked as a senior bureaucrat in the undivided Madhya Pradesh, was a big help to his father OP Jindal, who was trying to set up a steel plant in Raigarh, now in Chhattisgarh.

He also told the audience that Amar Singh had provided him leadership and guidance when he decided to fight for the right to hoist the national flag at private premises as a 20-something young graduate from the US.

In Khanna, the local Congress MLA Gurkirat Singh requested Jindal to install a huge tricolour along the lines of what he’s set up in Delhi’s Connaught Place. Jindal told the audience that he will happily oblige if they elected Dr Amar Singh in this month’s Lok Sabha elections as their MP. He said, “When you elect Dr Amar Singh, it’s as if you’ve elected me as your MP.” His comments were met with huge applause from the audience.

Later speaking to Janta Ka Reporter, local residents said that they had huge expectations from Jindal as they hope that the steel tycoon of India may help revive the dead industry of Mandi Govindgarh.

Fatehgarh Sahib goes to polls on 19 May with the counting scheduled for 23 May. In 2014, the seat was won by the AAP’s Harinder Singh Khalsa, who had defeated Sadhu Singh of the Congress by little over 50,000 votes.