The Election Commission on Monday surprised everyone by deciding to act against at least four top politicians from both the BJP and two opposition parties, namely the Samajwadi Party and the Bahujan Samaj Party. 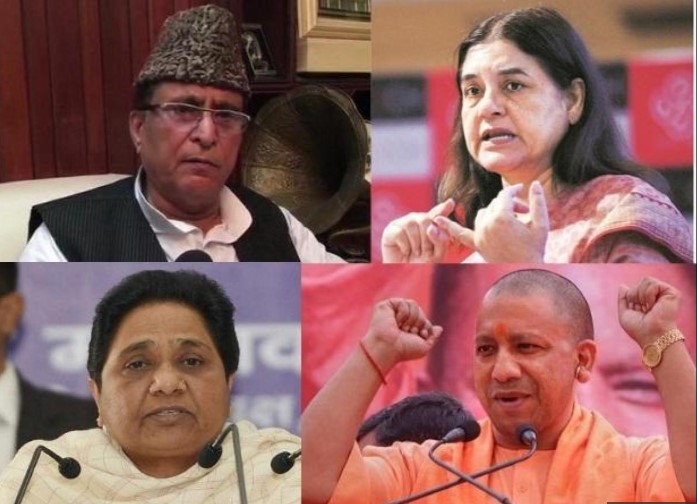 Khan was accused of making objectionable comments about BJP candidate Jaya Prada’s underwear. Adityanath had repeatedly sought votes invoking religion. Mayawati too had urged Muslim voters to vote for her alliance, while Maneka had threatened Muslims to vote for her or else the community will face consequences as she may not be inclined to work for them.

The Election Commission has barred Mayawati from campaigning for 48 hours, while Maneka Gandhi too has received campaign ban for the same duration.

While the national poll body earned plaudits for its tough act against erring politicians, many wondered why it was not acting against Prime Minister Narendra Modi for his repeated poll code violence.

Congress spokesperson Abhishek Manu Singhvi said, “Why election commission should ban PM Modi & his likes from making speeches on the basis of their conduct.” Among journalists, Swati Chaturvedi wrote, “Glad that Election Commission has belatedly acted against Mayawati, Yogi & Maneka Gandhi wonder why no action against the serial offenders Shah & Modi?”

Modi has been invoking the armed forces to seek votes in his election speeches, which is a violation of the Model Code of Conduct. More recently, the Congress had released a stunning video of a mysterious black trunk being taken out of Modi’s official chopper before being loaded into a nearby parked car. The Congress had alleged that black money was being transported using the PM’s helicopter.