A video of a Delhi Police officer intimidating students in the Mukherjee Nagar area of India’s national capital has gone viral on social media platforms. In the video, a police officer is heard threatening students of dire consequences if they did not leave Delhi by 24 December. Left red-faced by the video, the Delhi Police have issued a clarification terming the video fake. It has also promised to contact the microblogging site Twitter to have the video removed from its platform. 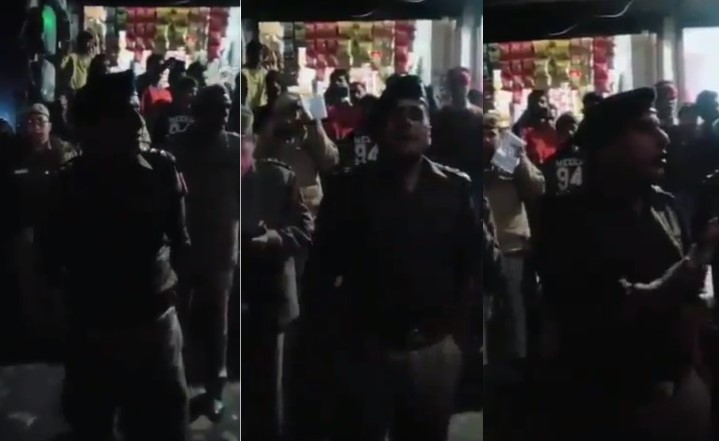 A police officer in the viral video is heard addressing students living in Mukherjee Nagar menacingly, “Don’t let your career get ruined. Go back home by 24 December and come back only on 2 January. We are shutting down everything son….Did you understand?  No one should indulge in any nuisance or take part in any protests. Do you understand what Section 144 is? The assembly of more than four people is a crime.

“Why do you want to spoil your career? Why do you want to go to jail? And if I come to find the evidence of you making noise in the night, I will arrest you. Cameras are installed in your PGs (Paying Guests accommodation).”

An embarrassed Delhi Police has reacted swiftly terming the video fake. “We have registered a case against fake messages of police shutting down coaching centres in Mukherjee Nagar being circulated on social media. We are also writing to Twitter to remove the video as its content has been edited,” news agency ANI quoted police officer Vijyanta Arya as saying.

Mukherjee Nagar is situated close to the Delhi University campus home to thousands of students.