A Delhi court on Tuesday issued a death warrant for the hanging of four rapists of Nirbhaya on 22 January. Four rapists namely Mukesh Singh, Pawan Gupta, Vinay Sharma and Akshay Singh were informed about the order through video conferencing. The four rapists will be hanged at 7 pm on 22 January. 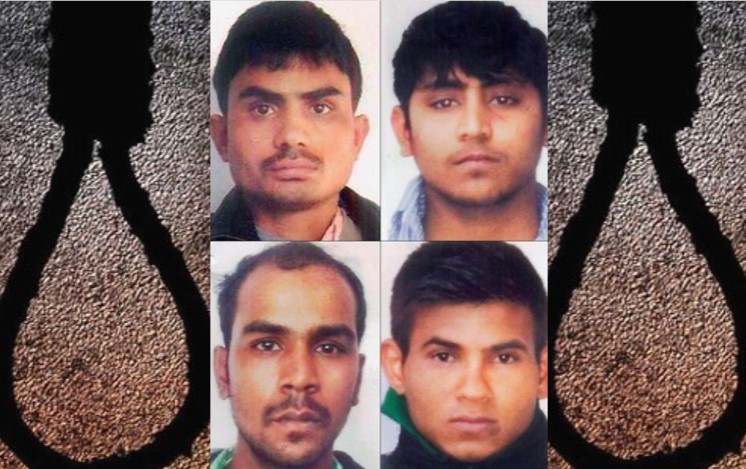 Reacting to the judgment, Nirbhaya’s mother Asha Devi said that it will reinforce people’s faith in the judiciary. She was quoted as saying, “My daughter will get justice.”

Seven years ago, Nirbhaya was brutally gang-raped in a moving bus in Delhi before being tortured. These monsters had inserted an iron rod inside her private part. She had later succumbed to injuries. Two more people were involved in the gang-rape. Ram Singh had committed suicide inside the jail while the sixth convict was a minor, who was released after spending three years ina reform home.

It took the Indian judiciary to deliver justice in seven long years. The judiciary had become a butt of joke for delaying the execution of the death sentence.

The four rapists are currently inside Delhi’s Tihar Jail, where authorities have been preparing for their hanging. News agency ANI reported that the Tihar Jail authorities will write to Uttar Pradesh prisons seeking the service of a hangman and to inform them about the date and time of execution of all four convicts as decided by the court today.

Delhi Commission for Women chief Swati Maliwal tweeted, “22 January 2020, the long journey of these seven years came before my eyes. I am in tears in happiness. Salute to that mother, who has fought this long battle. This is the victory of every single Nirbhaya in the country. This is the victory of this country. It’s time we every single rapist is hanged and we sent a strong message.”