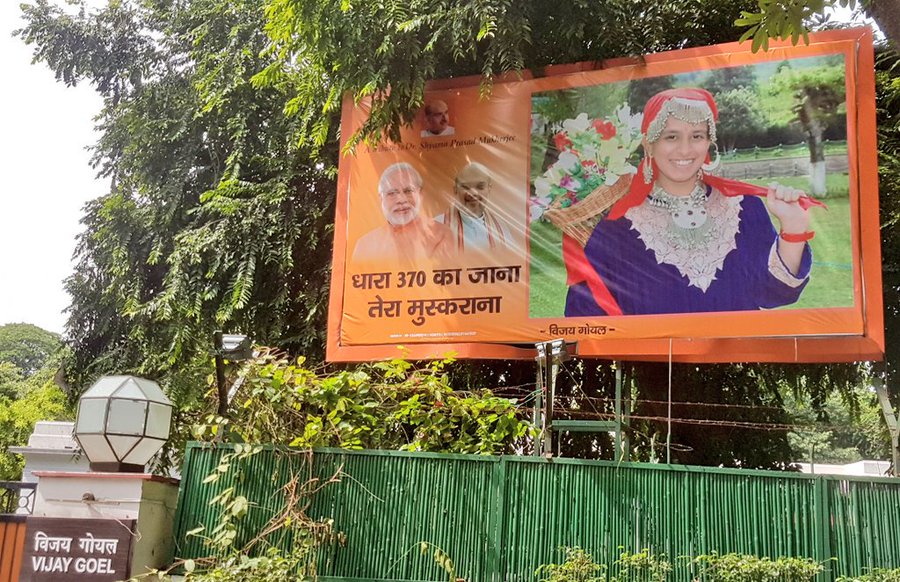 Terming their comments ‘sexist’ and ‘misogynist,’ the DCW decided to take suo-moto cognisance adding that their statements amounted to outraging the ‘modesty and denting the dignity of Kashmiri daughters and sisters.’ A statement by the DCW also said that the act of Goel and statement by Khattar had impacted all women and girls of the country adding that their action and statements ‘may end up inciting violence in the already sensitive area of Kashmir.’

Maliwal also took to Twitter to write, “ML Khattar should be ashamed for this disgusting statement. The chief minister is speaking the language of a roadside Romeo. A woman is just a commodity for him. The PM is trying to reassure the people of Kashmir that the entire country is with them, but this incompetent CM is promoting violence with his obscene statements. There should be an FIR against him at any cost.”

The DCW said, “Such statements by those in high constitutional offices reinforce the notions of a patriarchal society and severely undermine the value and voice of women and girls.”

Speaking at an event to celebrate the success of Beti Bachao-Beti Padhao campaign in Haryana, Khattar had said, “Our Minister O.P. Dhankar used to say that he will have to bring daughters-in-law from Bihar. People nowadays have started saying the route to Kashmir is cleared and now we will bring girls from Kashmir.”

Goel, for his part, had shared the photo of a hoarding, put up inside his official residence in Delhi. In the hoarding, a Kashmiri girl was shown smiling as the text read, “Article 370 gone and your smile.”

Last week, BJP MLA from Khatauli in Uttar Pradesh’s Muzaffarnagar, Vikram Singh Saini, had courted a huge controversy after he said that the party workers were ‘excited’ as they will now be able to get married to ‘fair girls from Kashmir.’