Former India batsman Wasim Jaffer has once again left Twitterati in splits by hilariously suggesting that Mukesh Ambani was the best response to former England skipper Michael Vaughan for the latter’s incessant rant targeting the Indian cricket team, players and the cricket pitch. 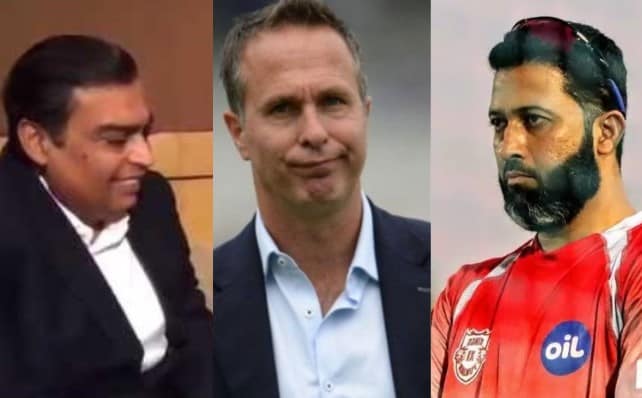 This was after a cricket asked Jaffer, “Sir something for @MichaelVaughan. He always uses unparliamentary language for our players, pitch, country.”

Known for his quirky response by using hilarious memes, Jaffer replied with a smirking face emoji and used a photo of India’s richest businessman, Mukesh Ambani.

It didn’t take long for Jaffer’s fans to decipher the hidden message behind the photo of Mukesh Ambani in his tweet. The screenshot of India’s richest businessman used by Jaffer was from an old interview that Ambani had given to journalist Rajdeep Sardesai. In the said interview, Ambani had told Sardesai, “I don’t take you seriously.”

Jaffer implied that the best way to respond to Vaughan was to tell him that India did not take him seriously.

Vaughan was recently critical of how the pitch was prepared at the newly built stadium in Ahmedabad for the third Test match against England. The match had ended in less than two days earning criticism from several former cricketers including Vaughan and former Australian player, Mark Waugh.

In response to a question on Twitter asking social media users to describe the Ahmedabad pitch in one word, Vaughan had written, “Shite.”

Former Australia cricketer Mark Waugh had tweeted, “Scores would have been even lower in the last 2 tests if Jadeja had been playing. You know when Joe Root gets 5/8 the pitch is very questionable.”

India had defeated England in less than two days to take 2-1 lead in the four-match series. Such was the deterioration in the pitch that the bulk of the 30 wickets falling in two days had gone to spinners from both sides. English skipper Joe Root, a batsman, had claimed a five-wicket haul with his part-time spinning bowling by conceding just eight runs.