The Congress on Thursday released another list of candidates for Uttar Pradesh, Rajasthan and Gujarat for this year’s Lok Sabha polls. The latest list by the Congress is for 31 candidates, taking the total number of candidates announced by the party so far to 293. 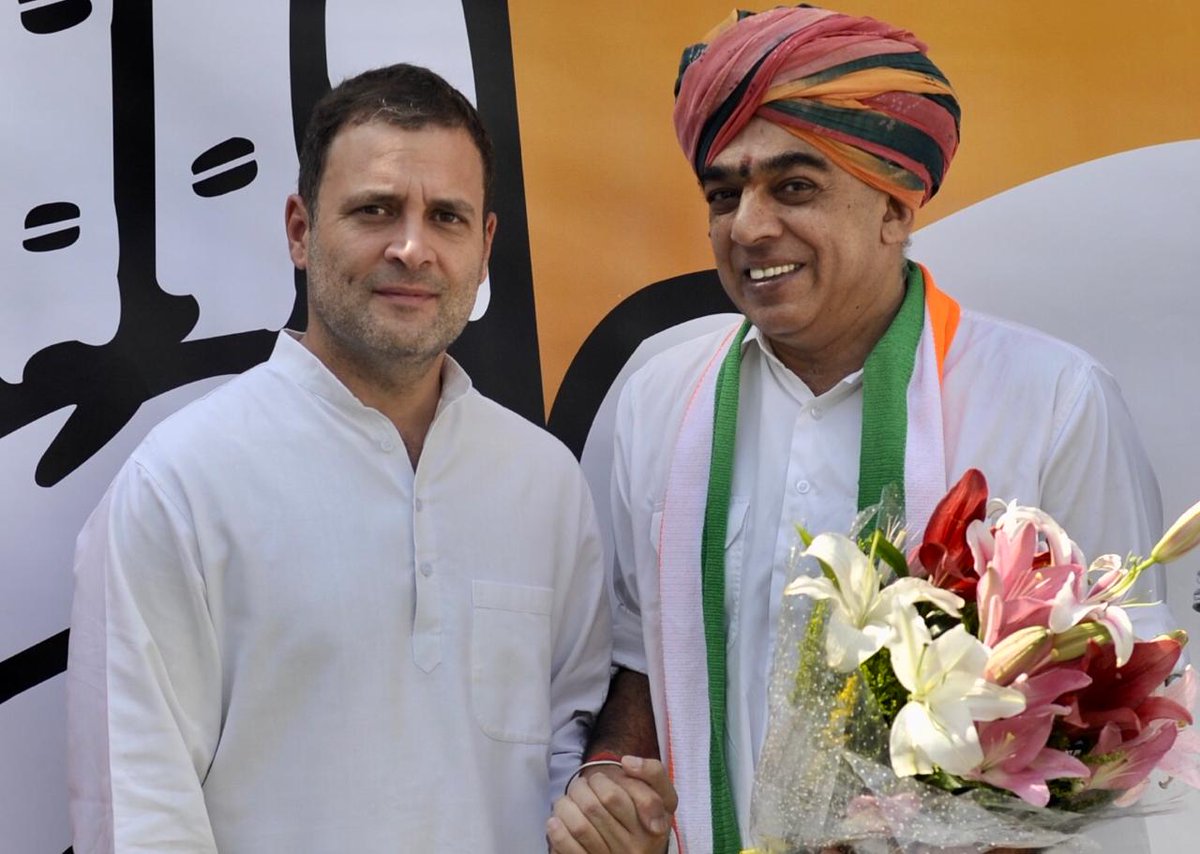 In the current list, the party has fielded Manvendra Singh, the son of former Union Minister  Jaswant Singh, from Barmer parliamentary seat. Singh, who had joined the Congress from the BJP last year, had also contested the assembly polls as the Congress candidate against the then incumbent Chief Minister Vasundhara Raje in 2018. He had, however, lost the polls.

The Thursday’s list also included names of six candidates for Uttar Pradesh, where the party has decided to contest elections without being a part of the grand alliance. These six names have been announced for Sambhal, Jhansi, Shahjahanpur, Phulpur, Maharajganj and Deoria. 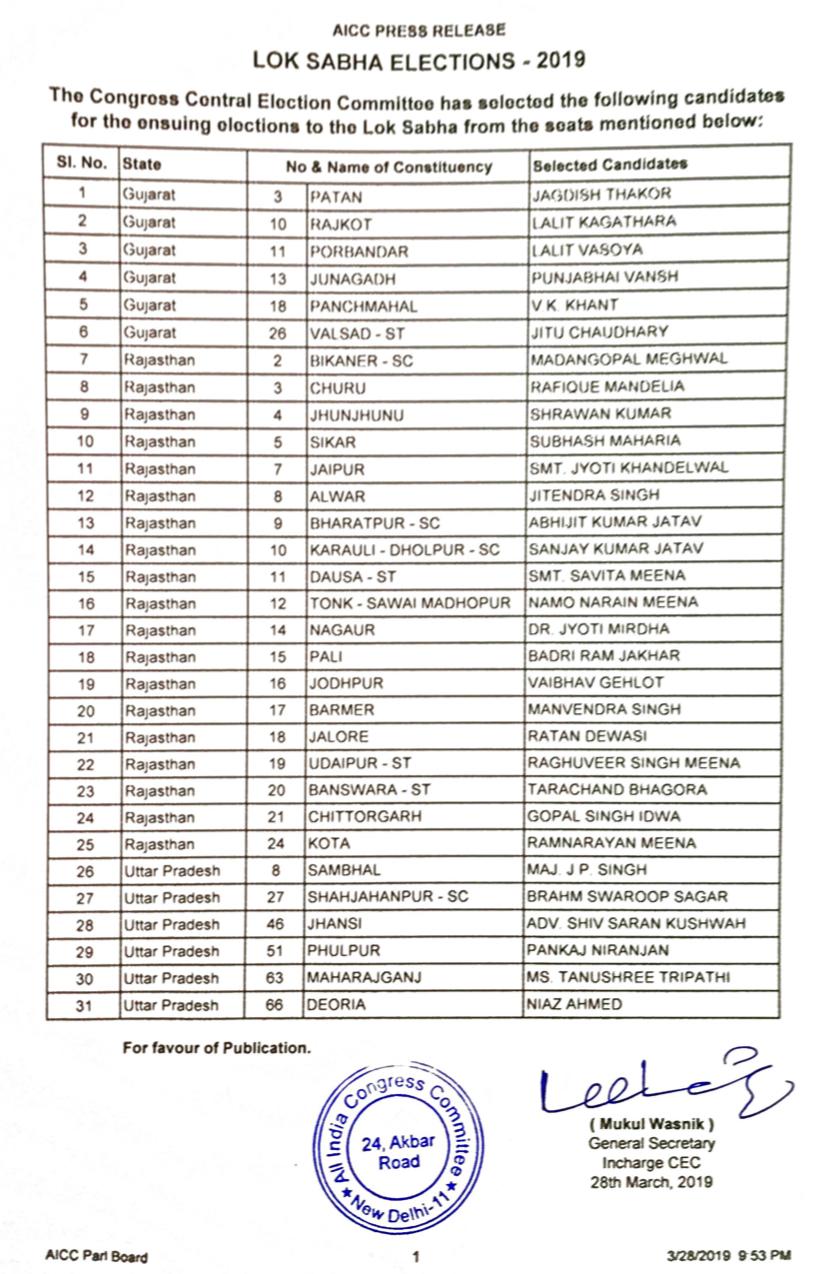 In Gujarat, the party had improved its performance in the 2017 assembly polls by adding 19 more MLAs, while the BJP’s tally had come down to just 99.

The Congress had defeated the BJP in the Rajasthan assembly polls last year. India goes to polls in seven phases with the counting of votes being scheduled for 23 May.