Notable among the names for Uttar Pradesh in the second list are Raj Babbar, who will be contesting from Moradabad and Savitri Phule, who has been fielded from Bahraich, a SC reserved seat. Phule, a sitting BJP MP, had recently joined the Congress after quitting the saffron party. The party’s list for Maharashtra has Priya Dutt from Mumbai North Central, Murli Deora from Mumbai South and Nana Patole from Nagpur. Both Deora and Dutt had earlier announced that they will not contest the 2019 polls. Former Home Minister Sushil Kumar Shinde will be contesting from his traditional seat Sholapur. 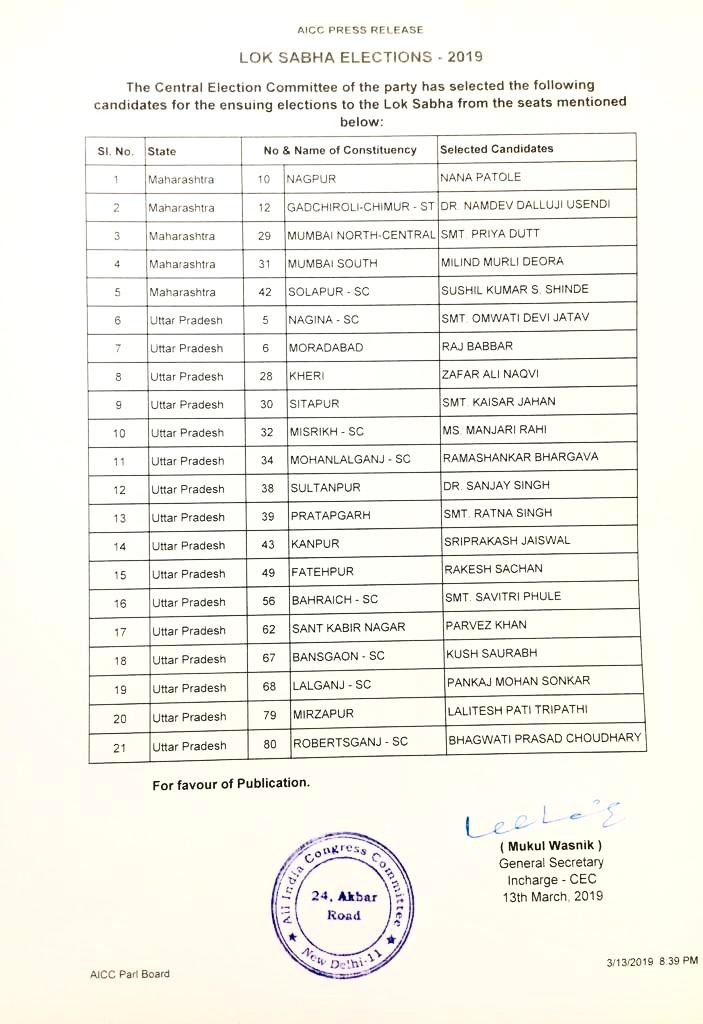 In another significant development, the Congress has also announced its seat sharing deal with the JDS in Karnataka, where the two parties will be contesting together for the first time. As part of the deal, while the Congress has got 20 seats, the JDS has been given eight seats.

The JDS has been given Shimoga, Tumkur, Hasan, Mandya, Bengaluru North, Uttara Kannada, Chikkamagaluru and Vijayapura. 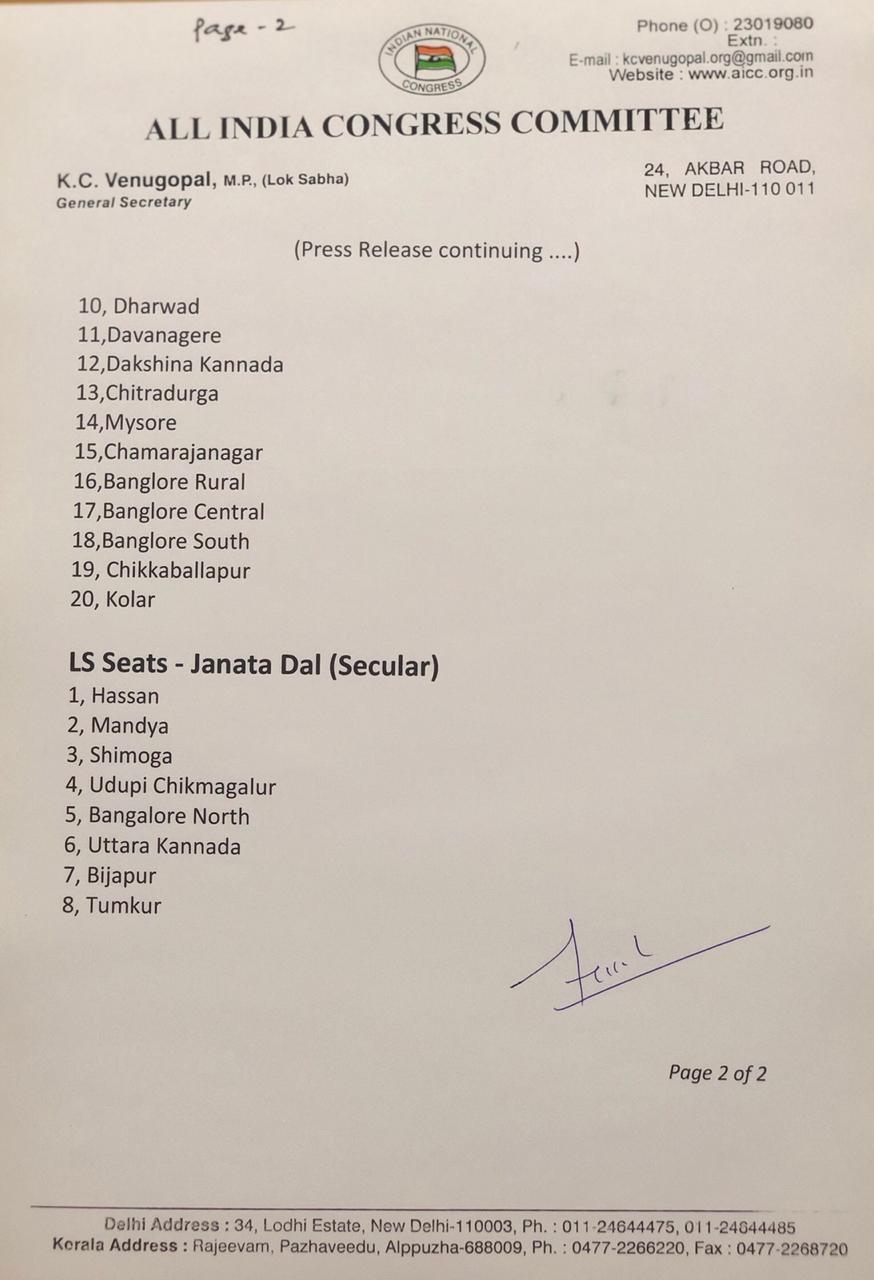 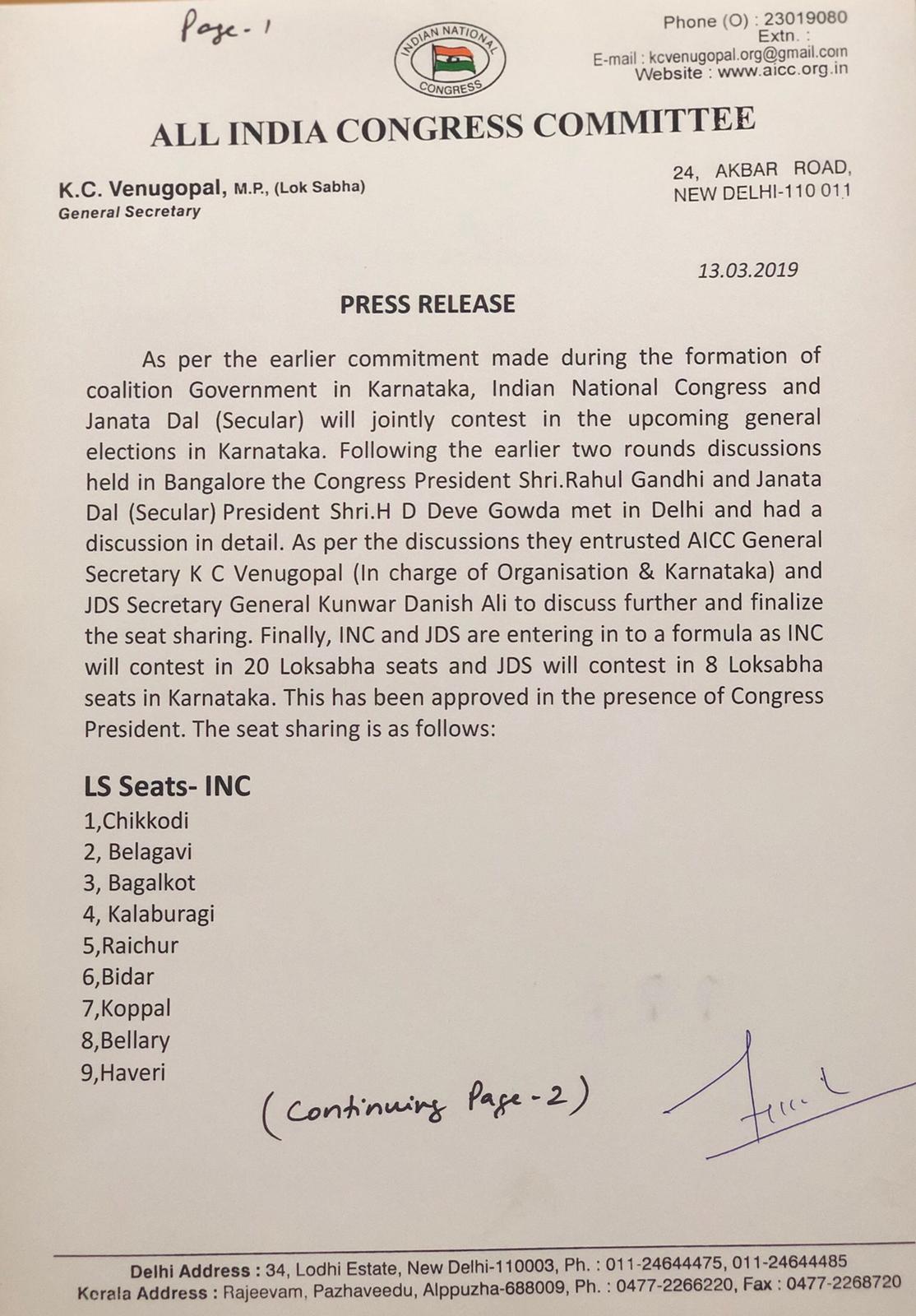 Both the Congress and the JDS had fought the assembly polls separately last year, but came together in the wake of a fractured mandate to keep the BJP out of power. Despite the JDS winning only 38 seats in comparison to Congress’ 80 seats, the latter had offered the post of chief minister to HD Kumaraswamy.