Chief Justice of India SA Bobde on Tuesday put the implementation of three Farm Laws on hold and announced a formation of a four-member committee, which will speak to the stakeholders and submit its report. However, much to farmers’ discomfort, all four members named by CJI Bobde have been the supporter of the controversial Farm Laws. 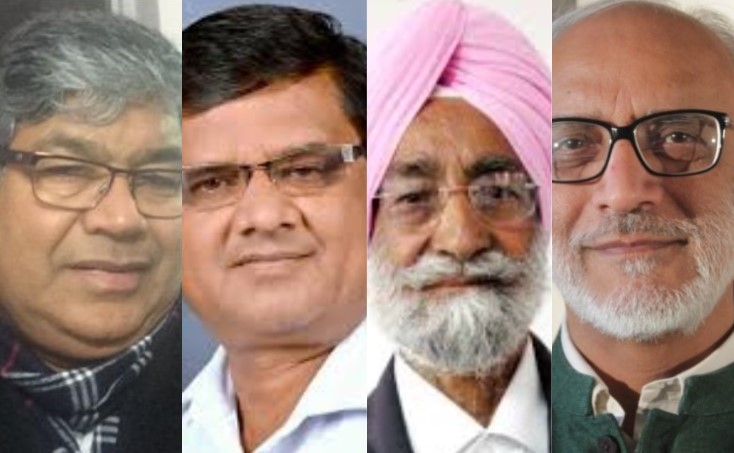 Here’s why their presence in the newly formed committee will worry those protesting against the Farm Laws.

Former Rajya Sabha MP, Mann’s BKU does not appear to agree with the protesting farmers. Unlike protesting farmers, Mann has been in favour of the implementation of the three Farm Laws with minor amendments. “Reforms are needed in order to make agriculture competitive,” he was quoted by The Hindu last month after a group of farmers belonging to the All India Kisan Coordination Committee met Union Agriculture Minister Narendra Singh Tomar met to extend their support to the Farm Laws last year.

Among other things, Mann has asked the government to give assurance to farmers on the Minimum Support Price. This is in sharp contrast to what protesting farmers have been saying that a written assurance against three Farm Laws passed by the parliament will have no significance for all practical purposes. This has been a major thorn in the discussions between the farmer leaders and the government.

Ghanwant has been a known supporter of the three Farm Laws with Shetkari Sanghatana announcing a rally on 2 October to counter the ongoing protests at the Delhi borders by other farmer unions.

Ghanwant, according to a report by Indian Express, had said that his union will also press for “further freedom” for the farm sector. Terming the passage of the three Farm Laws in the parliament as the first step towards ‘financial freedom for farmers,’ Ghanwant had said that this would lead to more investment in rural areas and encourage agro-based enterprises. Ghanwant-led Shetkari Sanghatana has also been critical of the ongoing protests alleging that they were fueled by traders and commission agents.

Agricultural scientist Ashok Gulati has already compared the benefits of the three Farm Laws to that of what India experienced through the economic liberalisation of 1991. Writing for The Indian Express in September last year, Gulati said, “The economic rationale of these pieces of legislation is to provide greater choice and freedom to farmers to sell their produce and to buyers to buy and store, thereby creating competition in agricultural marketing. This competition is expected to help build more efficient value chains in agriculture by reducing marketing costs, enabling better price discovery, improving price realisation for farmers and, at the same time, reducing the price paid by consumers.”
Gulati had called the opposition parties ‘misguided’ in the same opinion piece accusing them of changing the goal post.

The inclusion of Joshi in the committee too is unlikely to enthuse the protesting farmers because of his stand on the Farm Laws. Writing for Financial Express on 9 January, Gulati said that repealing the three Farm Laws will be disastrous.

He wrote, “Scrapping the three farm laws will be disastrous for the entire agriculture sector, more so for the farmers. Repealing these laws means the continuation of ‘business-as-usual’, where farmers produce only those commodities that they have been producing since ages. Under the present arrangement, there is no incentive to conserve groundwater, improve efficiency, and diversify agriculture towards more remunerative commodities.”

With these four individuals forming the committee to hold talks with protesting farmers, one wonders if any solution is likely to be reached in the near future.