Home Minister Amit Shah was in Rohtak in Haryana on Friday to take part in this year’s International Yoga Day event. However, the event concluded on an ugly note as people began to fight with each other while looting the ‘Made in China’ yoga mats used during the event. 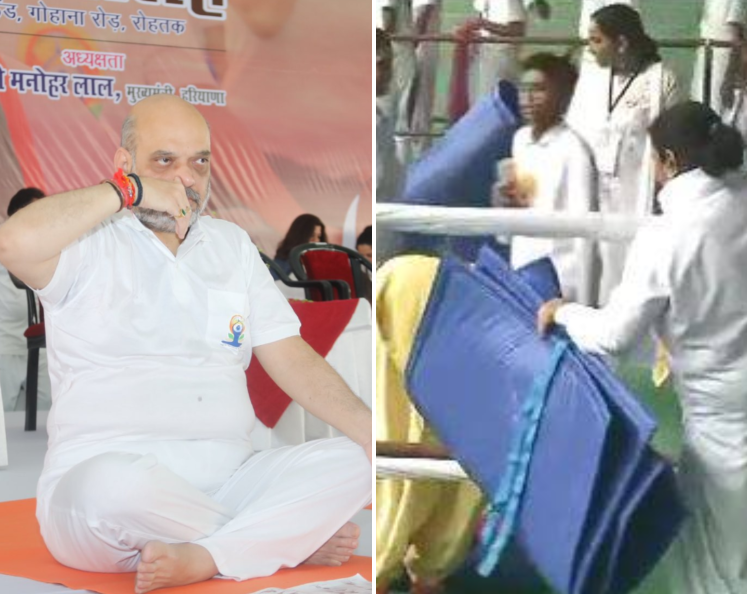 Videos of people fighting with each other to take yoga mats home have gone viral on social media. In one video, broadcast by Aaj Tak news channel, people were seen snatching packets containing yoga mats from each other. At one place, a group of people almost fought with others.

One elderly man justified the loot as he said, “We are taking it home since we will have to perform yoga at home also.” Local correspondents say that two kinds of yoga mats were used for the event. Mats meant for local people were made of khadi while the ones used by the VIP’s comprising ministers and high-ranking civil servants were imported from China.

Alarmed by the loot, organisers managed to get a few mats back from the looters, but it was too late. Visuals of mats being looted at an event that was attended by Union Home Minister and Haryana Chief Minister Manohar Lal Khattar have become a source of huge embarrassment for the organisers.