India on Monday successfully launched its second moon mission, Chandrayaan 2, from Sriharikota. The mission, which seeks to explore the unchartered lunar south pole by landing a rover on it, was launched onboard its most powerful rocket GSLV-Mk0III-M1. 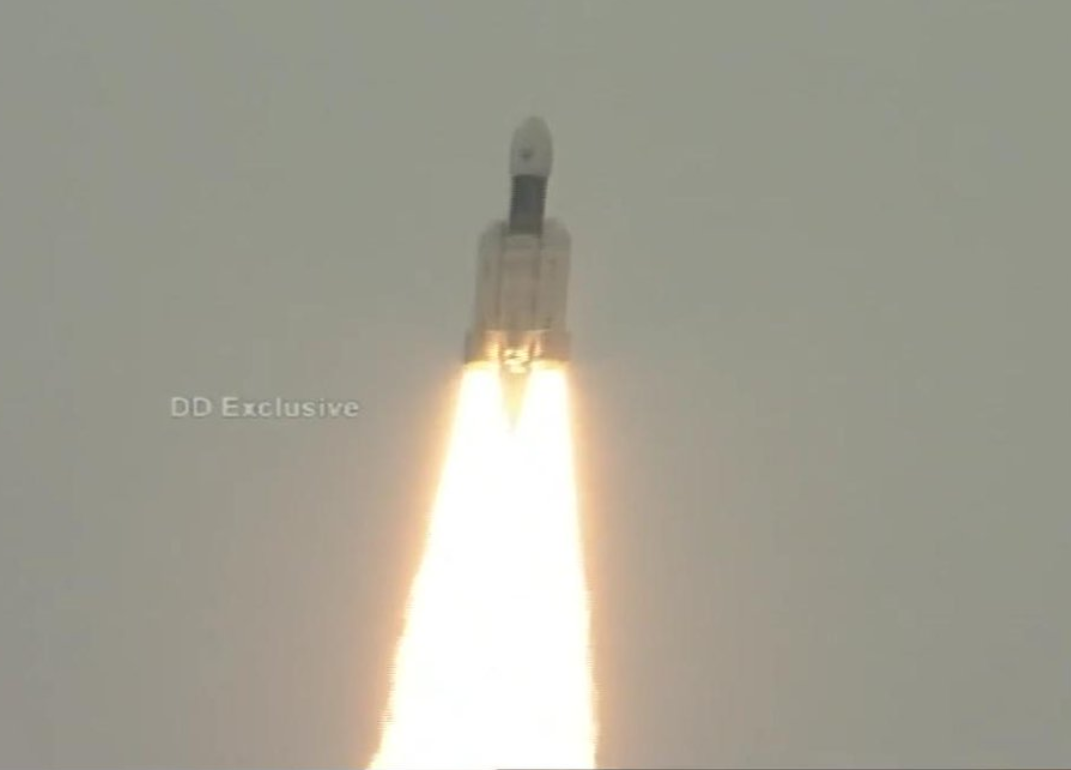 The mission was scheduled to be launched last week but its launch had to be aborted due to a technical snag. Chandrayaan 2 is expected to land on the moon 48 days from today.

Among those present during the launch were several scientists and prominent names including the controversial Jaggi Vasudev, also known as Sadhguru. Speaking after the launch, ISRO Chairman K Sivan said, “I am extremely happy to announce that GSLV Mark 3 successfully injected the Chandrayaan 2 into orbit.” He said that it was the ‘beginning of a historical journey for India.’ Sivan also referred to the technical snag spotted and fixed by his ‘intelligent’ scientists in time for today’s successful launch.

The Rs 983 crore mission comes 11 years after the Indian Space Research Organisation’s successful first lunar mission, Chandrayaan 1. On that occasion, Chandrayaan 2 had made more than 3,400 orbits around the moon and was operational for 312 days till 29 August 2009.

An ISRO official had earlier told news agency IANS that a total of 7,500 people had registered online with the space agency to watch India’s heavy-lift rocket GSLV-Mk III roaring towards the skies carrying the Chandrayaan-2 spacecraft.

Minutes before the launch, the ISRO tweeted a video outlining interesting facts related to the moon.

#ISRO #Chandrayaan2
As our journey begins, do you know what is the distance of Moon from Earth? The average distance is 3, 84, 000 km, Vikram lander will land on Moon on the 48th day of the mission, which begins today.
Here’s different view of #GSLVMkIII-M1 pic.twitter.com/4LFEmT2xxZ

Lok Sabha Speaker Om Birla too made a statement on the Chandrayaan 2 launch saying how it had enhanced the Indian pride globally. However, opposition MPs took objection to Om Birla crediting Prime Minister Narendra Modi with today’s launch. He was forced to correct himself after MPs protested against his remarks.