A question in Bihar civil service examination has sparked a new controversy after it asked candidates if a Governor was just a puppet. The exam paper on Sunday asked, “Critically examine the role of the Governor in state politics of India, especially in the context of Bihar. Is he just a puppet?” 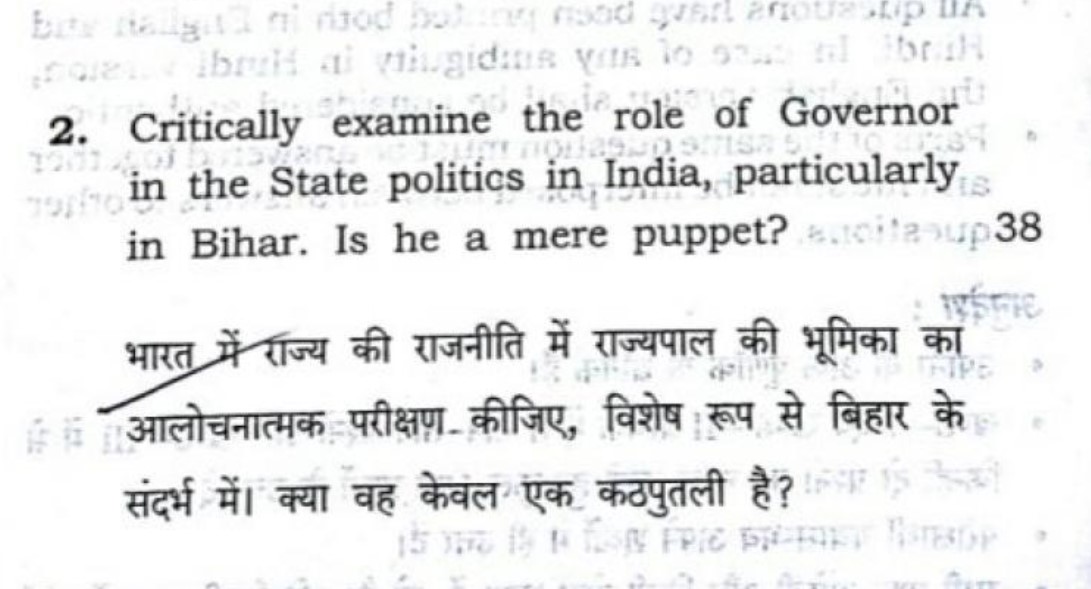 The question was asked in the General Studies section of the paper.

Another paper in the same question also asked candidates to debate the benefits and consequences of increasingly large numbers of political parties contesting elections. It asked, “Too many political parties is a bane of Indian politics. Explain this in the context of Bihar.”

Bihar Public Service Commission has denied any roles in including the question in the paper. “First, we do not get to see the question papers. But the question on the Governor’s role could have been asked in a different manner. We are debarring the question setter,” BPSC Controller of Examination Amrendra Kumar was quoted by Indian Express.

The opposition in Bihar has seized the opportunity to attack the BJP-JDU government. Congress MLC Prem Chand Mishra, according to Times of India, said that the Commission was in the wrong hands and a thorough investigation should be launched.  “This is an eye-opener as to the kind of people who are questions. On July 11, I had raised a question in the Bihar Legislative Council against BPSC which had given wrong answers for 15 questions in the preliminary examination. Students who ticked the wrong answers were qualified,” he added.

Around 18,500 candidates took part in the BPSC Mains exam that was held on Sunday.