In a startling revelation, it has emerged that the BJP resorted to stealing of a programming code, developed by a startup in Andhra Pradesh, to restore its hacked website. The hacking of the BJP’s website and its inability to restore it for weeks despite huge resources at its disposal had become a butt of jokes on social media. The saffron party had also faced mocking because of its inability to restore its website since the Digital India campaign  formed a central theme of Prime Minister Narendra Modi’s slogans all throughout his government in the last five years. 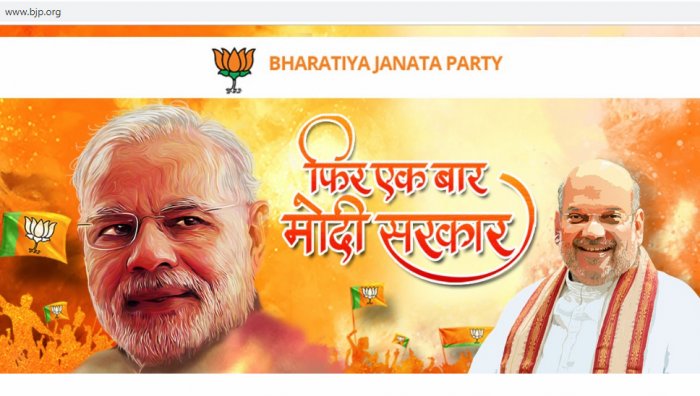 When the party finally restored its website last week, it was evident that it had not managed to recover the archived material since the managers of the website had simply not cared to create a back-up of its past content. The website bjp.org currently has only the list of the recently announced candidates for the Lok Sabha polls among its content.

But to even partially restore its flagship website, the saffron party apparently ‘resorted to stealing’ of creative work of an Andhra-based startup W3Layouts. The owners of W3Layouts took to Twitter to allege that the BJP had ‘stolen’ its work. Its tweet read, “2 weeks after Hack, http://BJP.org website is back online with w3layouts template @W3layouts provides free web templates.”

So, after so many days BJP Finally accepts that not a single backup was taken for their previous website, so no point of maintenance. Now they do a rushed up Job and forgets to even code the website properly and install an SSL Certificate. No doubt, they have amateur running it. pic.twitter.com/mEIY9VI0t3

Moreover, they end up using Free Templates from @W3layouts. It seems they don’t believe in doing bespoke work rather just use somebody else’s work and make it their own. Sounds similar, hmm.. @SimmiAhuja_ pic.twitter.com/xCIz46rUnz

W3layouts also wrote a detailed blog stating that while the BJP could use their code free of cost, they indulged in mischief by removing an embedded backlink, which was a requirement for anyone using their code without paying for it. It wrote, ” We, at  W3Layouts, were initially happy and excited that BJP IT cell was using our template, then devastated to see our work being used by BJP removing the backlink without paying, and giving no credit whatsoever to W3Layouts.”

The BJP’s alleged mischief and unethical practice did not end here. The blog by W3Layouts posted a screenshot of the coding stating that ‘while the visible backlinks were removed, it was clear that the BJP was still using the W3Layouts code as it was evident in the source code of the page.’ 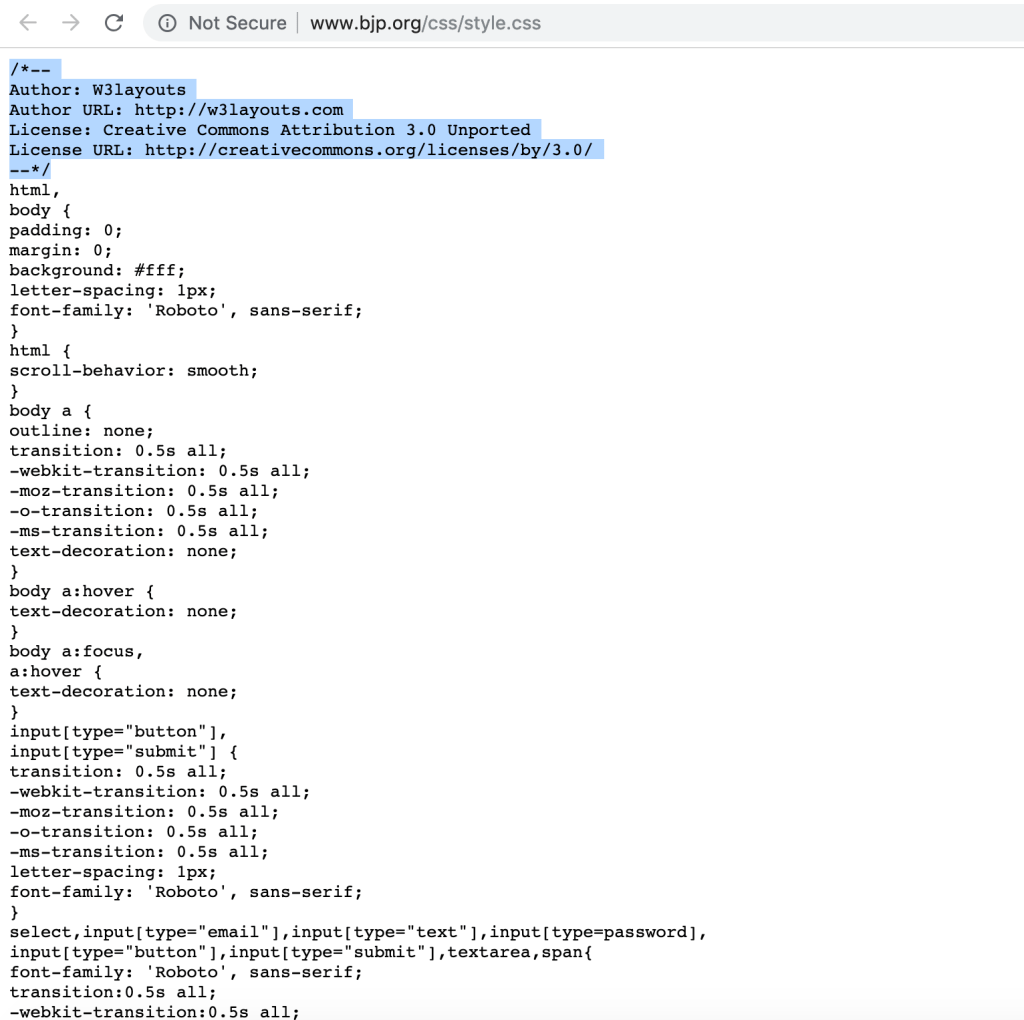 Frustrated by this blatant case of ‘stealing’, the W2Layouts team took to Twitter to draw the BJP’s attention once again as it wrote, “@BJP4India please ask your team to read the license terms https://w3layouts.com/license/ before removing “designed by w3layouts”?
Please provide your IT Team Email id will have a word.”

@BJP4India Please add “Designed by w3layouts” to the footer with the backlink means hyper link to https://t.co/1p3w6sQoP3. not “Design W3layouts” or “w3layouts” plain text. Thanks for understanding pic.twitter.com/7UK6PlaVn9

Instead of giving due credit to the startup that created the code, the BJP then removed every mention of W3Layouts from its page. However, it seems their novice approach heaped more embarrassment on them after they removed the author’s information from the page since the same information was available at the cache version of the website.

In its subsequent tweet, W3Layouts pointed out how by removing the backlink, the BJP had spoiled the appearance of its website. It read, “All we wanted was a “thanks for the template”, and we would’ve given you the permission to remove the backlink… But instead, you decided to spoil the good looking webpage by removing our code.”

The startup owners alleged that they faced sustained attacks from the BJP’s troll army after they caught the party ‘stealing’ their creative work. It said that BJP supporters accused the startup owners of running a ‘Propaganda at a very small level’ adding that ‘free things are not to be given credit for.’ Other supporters said, “Your template price is less than a average BJP workers chappal price.” One comment read, “Your template price is less than the toilet paper roll.” Then there was this comment, as highlighted by W3Layouts, “This BJP gives more money to beggars every minute than the price of your template.”