Students protesting the appointment of Firoze Khan as a Sanskrit teacher in the Banaras Hindu University have called off their agitation against the Muslim professor. This was after the RSS too disapproved the protests launched by students affiliated to its student-wing, the ABVP, and huge protests erupted in support of Professor Khan on the campus of the prestigious university. 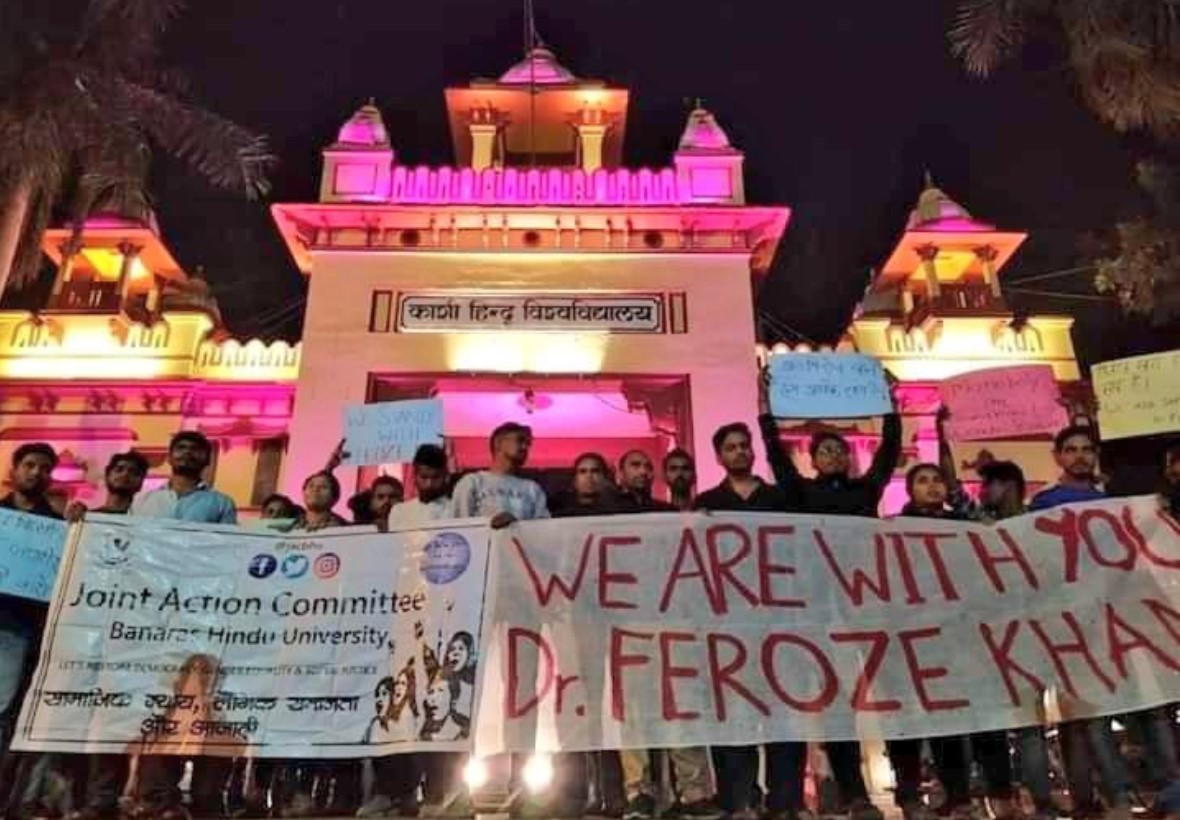 Students carrying placards that read ‘We are with you Dr Firoze Khan’ stood at the entrance of the BHU as they rallied behind the Muslim professor. Meanwhile, several top functionaries of the BJP and RSS issued statements disapproving the protest by radical Hindu students.

Bihar’s deputy chief minister, Sushil Kumar Modi, tweeted, “It is sheer foolishness to oppose Dr.Firoj Khan only becose he is a Muslim.If a Muslim or Christian studies our Veda, Upanishad & shows interest in Sanskrit shud we welcome or oppose? Univ shouldn’t succumb to such agitations. (sic).”

It is sheer foolishness to oppose Dr.Firoj Khan only becose he is a Muslim.If a Muslim or Christian studies our Veda, Upanishad & shows interest in Sanskrit shud we welcome or oppose? Univ shouldn’t succumb to such agitations.

RSS leader Jai Prakash Lal, according to news agency PTI, said that the organisation did not support students protesting this issue.

Students affiliated to the ABVP have been staging protests against the appointment of a Muslim professor as a Sanskrit teacher. Khan, who hails from Rajasthan, was appointed on 5 November by the university to teach Sanskrit. The university rallied behind Khan sayingf that he was the best man to teach Sanskrit.

Rajasthan Chief Minister Ashok Gehlot had asked his Uttar Pradesh counterpart to intervene and end the protests. “If someone from the Muslim community has become a Sanskrit scholar, then the RSS and the BJP must welcome this. This should have been a matter of pride for the Hindu community,” Gehlot had tweeted.

Earlier, former BJP MP and noted actor Paresh Rawal too had asked students to end what he termed was their ‘idiocy.’