Union Minister Babul Supriyo Babul Supriyo faced angry protests in Asansol on Monday amidst Lok Sabha polling for his parliamentary seat. Residents of a village in Asansol were reportedly angry over his presence in the area on the day of the polling. 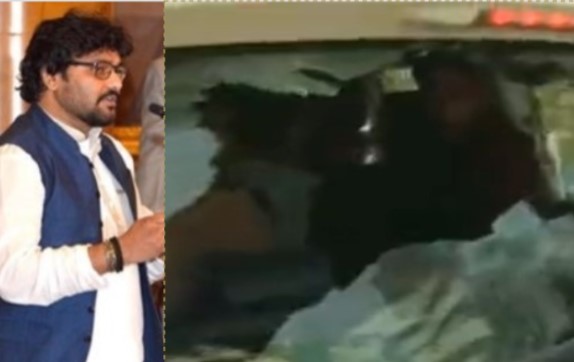 They chanted Babul Supriyo hai hai as one of the protesters vandalised the union minister and local MP’s car by hurling a brick.

Supriyo could be seen sitting in the car with his personal security personnel even as he faced angry protests from the villagers. The singer-turned-politician has alleged a largescale rigging by the ruling Trinamool Congress. Supriyo said that many polling booths had no presence of security forces.

He took to Twitter to allege that several booths had been ‘captured’ by TMC supporters.

Bengal is voting in seven phases with the counting scheduled for 23 May.