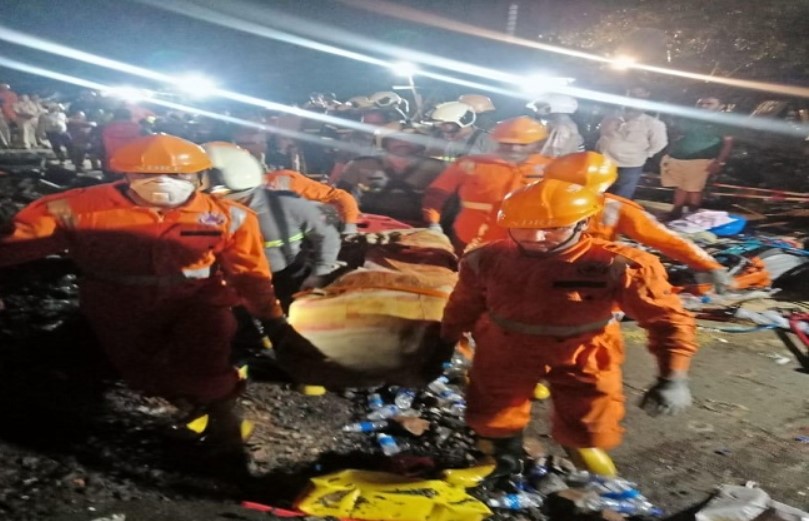 A report by NDTV said that seven low-lying villages had been flooded and at least 12 houses near the dam washed away.

National Disaster Response Force (NDRF) teams have launched their search and rescue operations. The NDRF team stationed in neighbouring Sindhudurg district and those from the Pune headquarters of 5th Battalion of the NDRF were moved for the spot late on Tuesday night, reported Indian Express.

Heavy rains in Maharashtra have so far killed more than 30 people severely affecting rail and air traffic. The government were forced to shut schools and offices on Tuesday.

In a tragic development, at least 23 people were killed and 79 injured when the heavy rain led to the collapse of a retaining wall of Brihanmumbai Municipal Corporation’s (BMC) reservoir on hutments on a hillock in Kurar village in Mumbai’s Malad on Tuesday. According to Hindustan Times, at least three people died when a school wall collapsed in Thane district’s Kalyan town, 42km north of Mumbai. In Pune, six people were killed in another wall co