At least 20 people were killed and several injured seriously when a large container from a truck fell over a Kerala State Road Transport Corporation bus near Tamil Nadu’s Avinashi town in Tirupur district in the early hours on Thursday. 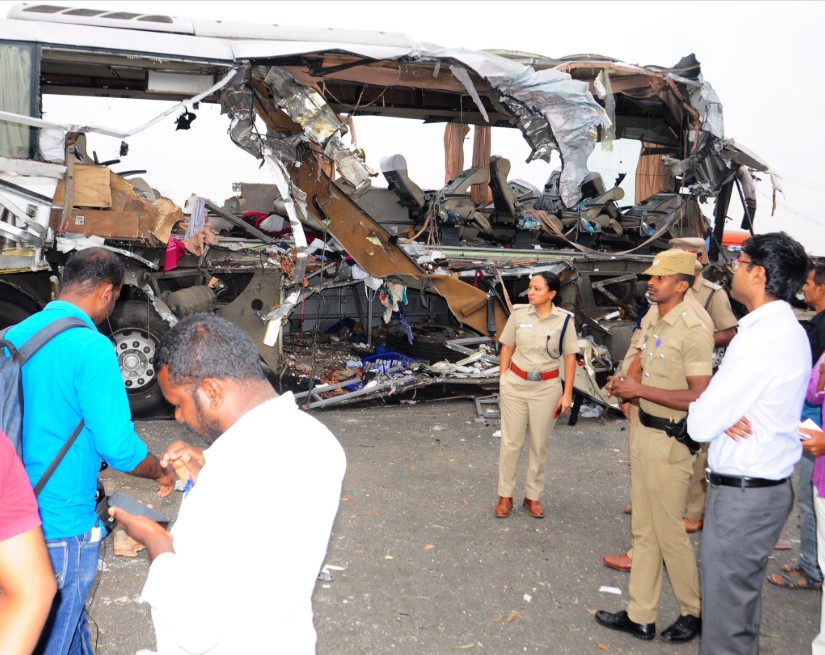 The bus in question, according to news agency PTI, was travelling from Bengaluru in Karnataka to Thiruvananthapuram in Kerala on the Coimbatore- Salem highway when the tragic accident took place. Several more people were trapped inside the debris as the rescue team made desperate attempts to save them.

According to officials, the death toll could significantly higher.

“In all, 20 persons are reported to be dead when a container lorry loaded with tiles collided with the luxury bus that was coming from Bengaluru to Kochi. Twelve bodies of people from Kerala including two women have been identified and the autopsies would be conducted and then the bodies would be handed over to the relatives,” said Palakkad SP Shiv Vikram was quoted by news agency IANS.

A tweet by the district collector of Tirupur read, “Friends / Relatives of the passengers who travelled in the #Kerala State Transport Corporation Bus that met with an unfortunate #Accident early this morning near #Avinashi #Tiruppur can contact : Alagarasan 7708331194 in case of any assistance or help needed.”

A statement from the Chief Minister’s Office also said that it had directed the Palakkad district collector to provide necessary medical help to those injured in the accident.