BJP President Amit Shah on Saturday filed his nomination from the Gandhinagar parliamentary seat, which was given to him by denying LK Advani an election ticket this year. Shah used the opportunity to flaunt his power both within the BJP and the National Democratic Alliance. 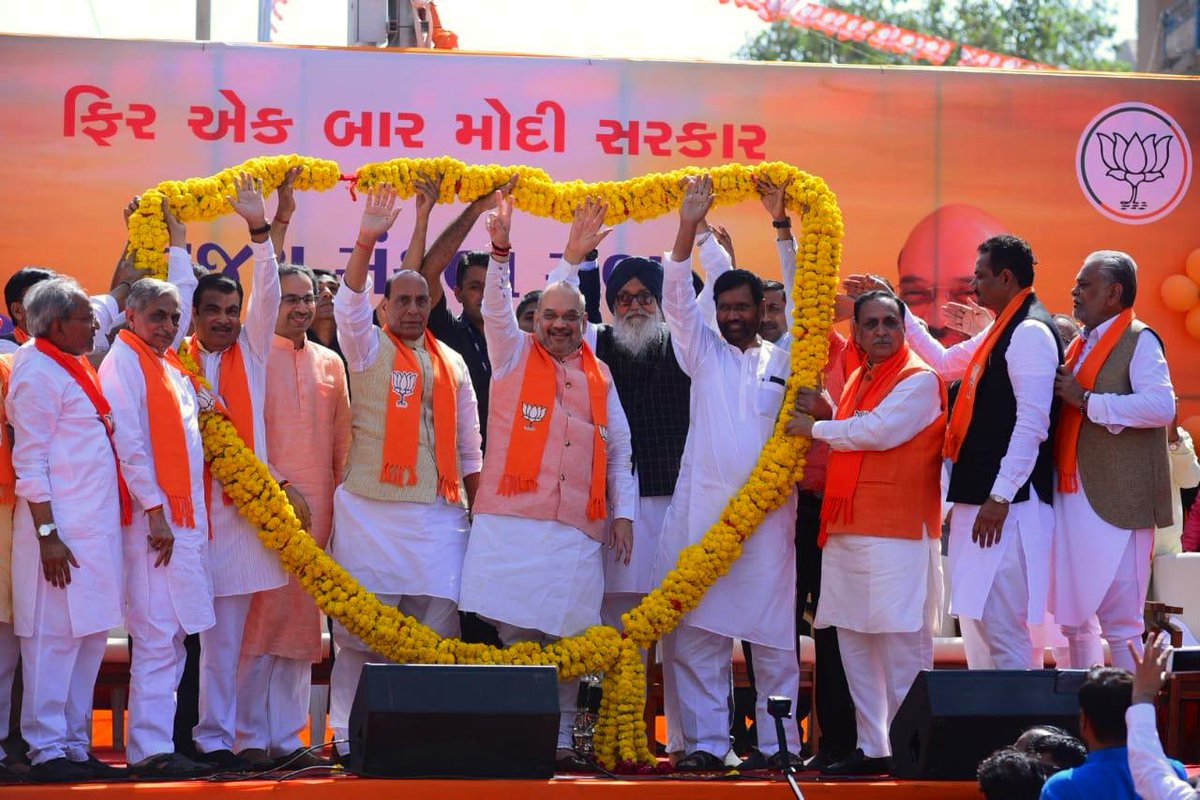 Those arriving in Gujarat to be on his side as he filed his nomination papers were Union Finance Minister Arun Jaitley, Home Minister Rajnath Singh, Shiv Sena chief Uddhav Thackeray, Chief Minister Vijay Rupani and his son Jay Shah.

Ahead of filing the nominations, the BJP chief also held a roadshow and addressed a rally. Speaking to his supporters, Shah said that this was a big day for him. “I started here in 1982 as a booth-level worker… From distributing pamphlets, putting up posters, doing booth-level work, today I am fortunate that my party – the BJP – has made me the national president of the world’s largest party. It has been a great journey for me,” he was quoted by NDTV.

From the road show in Gandhinagar Loksabha. pic.twitter.com/nqAeZCiFNZ

He said that he will be reduced to zero if the BJP was taken out of his life.

Several BJP stalwarts and Thackeray, who’s routinely attacked the BJP leadership on several public issues, accompanying Shah diligently during his filing of nomination papers showed just how powerful he has become within his party and the NDA.

The BJP has never lost a parliamentary election from Gandhinagar since 1998. In 2014, Advani had won from this prestigious seat.