Delhi Chief Minister Arvind Kejriwal and India’s lapdog media, also referred to as ‘Godi Media’ are facing brutal condemnation as hundreds of thousands of Hindus take part in the Kumbh in Uttarakhand amidst a dangerous spike in COVID-19 cases. Many are now recalling how Kejriwal used his daily press conference to vilify the Muslim community by creating a separate list for the Tablighi Jamaat to highlight their alleged contribution in the spread of the pandemic last year. 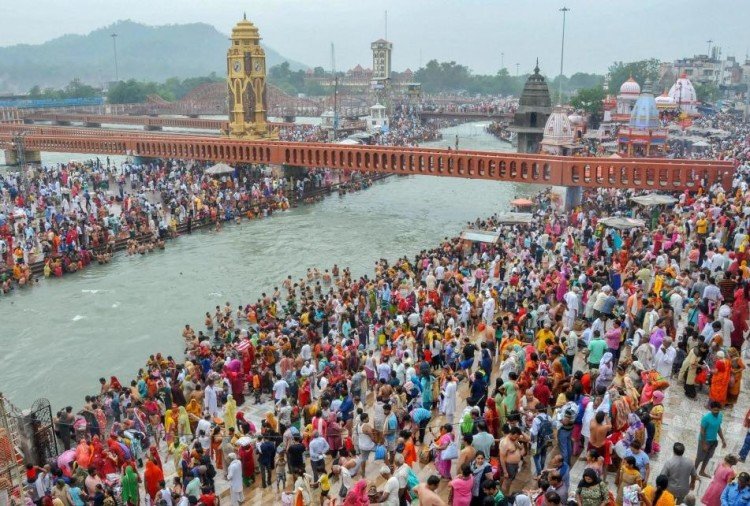 The ‘Godi Media’ had run endless programmes on their severely compromised TV channels to defame the members of the Tablighi Jamaat and India’s Muslim community. The dirty campaign by politicians and TV channels had a crippling effect on poor Muslims, who faced routine attacks as they attempted to carry out their businesses. They were looked with suspicion after being projected as ‘superspreaders’ of the pandemic.

The topic has now gained momentum once again after hundreds of thousands of Hindus gathered in Haridwar in Uttarakhand for the Kumbh festival even as several Indian states reported a dangerous rise in coronavirus cases and an all-time single-day rise in fatalities. Some of the worst affected states are Uttarakhand’s neighbouring state Uttar Pradesh, Gujarat, Maharashtra and Delhi.

Here’s how netizens are publicly shaming India’s ‘Godi Media’ and politicians of Kejriwal’s ilk for their hypocrisy;

Don’t forget Tablighi Jamaat members were hounded/vilified by bigots/hatemongers in media even though their event in Delhi was held long before India recognised pandemic & there were just few 100 cases then. Same hatemongers are silent on #COVIDIOTS pic.twitter.com/73xmjthNCZ

All the folks, including politicians & news channels, that went berserk over Tablighi Jamaat even deeming it “Corona jihad” last year at the beginning of the pandemic seem to have suddenly lost their voice over Kumbh. Hypocrisy got your throat? Shameless bigots. This is criminal https://t.co/mXDBb7Pn8s

Does Godi Media have the guts to call Kumbh Mela as ‘Single Source’ when lakhs attend it & cases are 1.7 lakh/day?

Arvind Kejriwal should give separate Corona numbers for people coming from Haridwar’s Kumbh Mela, like he did it for Tablighi Jamaat.